Are jellyfish aggregations floating nurseries for some fish species?

The open ocean is the Sahara Desert of fish habitat: it is relatively barren, sparsely populated, has low species diversity and low primary productivity. By contrast, coastal zones provide a glut of habitat in myriad forms such as aquatic vegetation, kelp, rocks, and coral reefs. One major challenge for fish that live out on the open sea is the conspicuous lack of structure which normally would provide important places for refuge, foraging, or reproducing. With few places to hide from predators, fish living on the open ocean take notice whenever something goes drifting past. 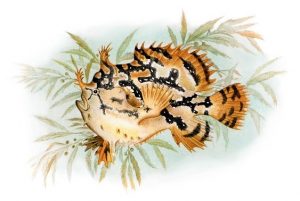 The fixation on floating objects that many oceanic fish exhibit is well documented. Hunter and Mitchell (1966) explained this apparent fascination with floating objects by concluding that they provide “a visual stimulus in an optical void” (Hunter and Mitchell 1966). Since then, however, science has learned that drifting objects are excellent mobile habitats in the open ocean. Sometimes they can even act as critical nursery areas, which are important to reproduction and the survival of young fish. A well-known example is the drifting seaweed, Sargassum, which provides shelter and structure for many species, including at least one unique species, the sargassum fish (Histrio histrio; Figure 1), which lives nearly its whole life in drifting sargassum mats. New research is revealing the many possible ways that fish on the open ocean associate with drifting habitats.

Jose Riascos, a researcher at the Universidad del Valle in Colombia, and a team of scientists, examined the relationships between aggregations of floating cannonball jellyfish (Stomolophus meleagris; Figure 2) and the surrounding marine fish communities in Malaga Bay, Colombia. They sampled jellyfish aggregations between November 2015 and April 2017 using a simple dip net from a small boat. In the lab they measured the diameter of the jellyfish and examined the contents of the jellyfish guts to look for evidence of larval fish being consumed. They identified all of the fish species caught in each sample. To look for associations between fish and jellyfish they examined which species frequently co-occurred with cannonball jellyfish in their samples. 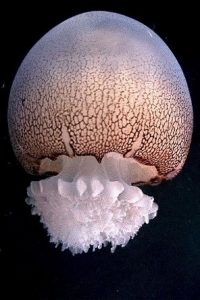 They found that about half of the individual jellyfish they sampled were significantly associated with individuals of 11 other species, including many fish, some crustaceans, and mollusks. Ten of the species they found to be associated with cannonball jellies were previously unknown to have any association. The jellyfish diets were mainly composed of algae, zooplankton, and young fish suggesting that there may be some kind of mutual interaction between the jellyfish and associated fish species. In addition, they found a positive relationship between the size of individual jellyfish and the size of individual co-occurring organisms (Figure 3). 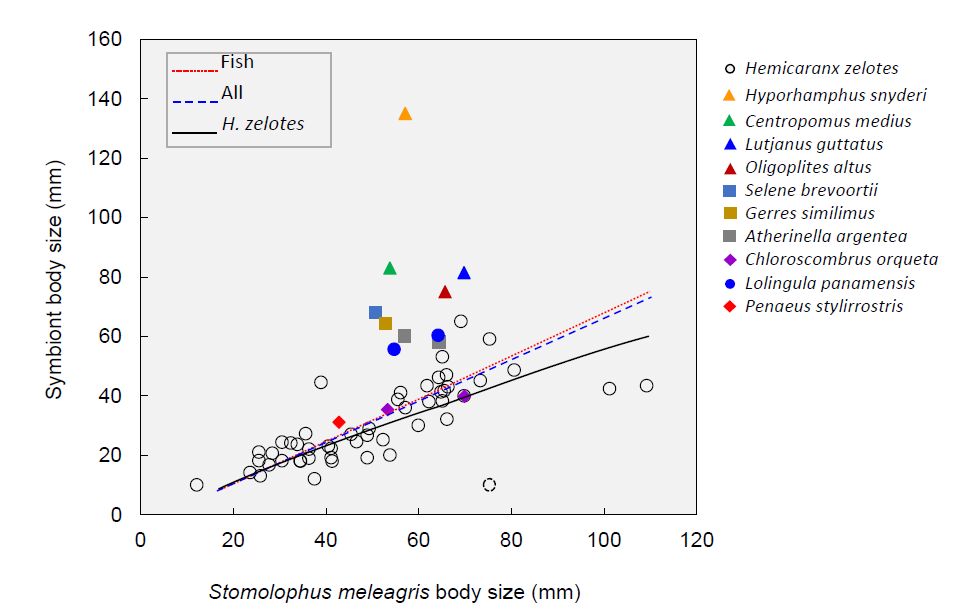 Figure 3. The relationship between cannonball jellyfish size and the size of its associated fauna. Figure from Riascos et al. (2018).

In general, as the size of the sampled jellyfish increased, so did the organisms associated with them. This relationship was especially strong between cannonball jellies and blackfin jacks (Hemicaranx zelotes; Figure 4). The reason for this pattern remains unclear, but the researchers have some potential explanations.

For example, larger Blackfin Jacks may be guarding individual jellyfish as resources. They suggested that the jellyfish may represent “economically defendable resources” to their associated fishes. Essentially, this means that the jellyfish may offer some advantages, such as an alternative food source or protection, which increases the survival and reproductive success of the fish. This study points out a general need to better understand the relationships organisms at sea have with each other. Studying those relationships can go a long way towards improving how we manage fish populations, some of which may rely on other organisms in ways we do not yet understand.

Hunter JR, Mitchell CT (1966). Association of fishes with flotsam in the offshore waters of Central America. US Fishery Bulletin. 66: 13–29.