American eels (Anguilla rostrata) are slimy fish with long, snakelike bodies found along the Atlantic coast from Greenland to Brazil. Like many species of diadromous fish (species that migrate between fresh and saltwater), American eel populations have been declining due to various factors including habitat loss, water pollution and unnatural barriers blocking their migratory routes such as dams and weirs.

American eels have very complex life cycles. They are catadromous, meaning they spend most of their lives in freshwater lakes and rivers, and migrate to the Sargasso Sea in the Atlantic Ocean to spawn. The eggs hatch in the ocean into larvae known as leptocephali. They have bodies shaped like willow leaves and drift along the currents of the Gulf Stream for about a year. As they grow, they metamorphose into glass eels. Glass eels have the typical eel shape but have transparent bodies. They ride the tides into estuaries and begin to gain pigment shortly after entering coastal waters. Once they develop greenish brown pigment, they are known as elvers. Some elvers stay in the estuaries but many migrate upstream into freshwater rivers. They can travel hundreds of miles inland in search of ideal habitat. American eels are found as far inland as Minnesota and the Great Lakes.

American eels have the ability to cross obstacles that would otherwise be impassable. They can absorb oxygen through their skin, allowing them to leave the water if necessary to continue their journey through mud and wet grass. Once they find suitable habitat, they transform into the yellow eel stage and develop a yellowish-green pigment (Figure 1). At this stage, yellow eels can remain in these habitats for over 20 years. Once they reach sexual maturity, they become silver eels and drastically change their bodies as they begin migrating back toward the ocean. They stop feeding, their digestive systems degenerate, more blood vessels form around their swim bladders to enhance buoyancy, and their eyes and fins become larger for the long journey ahead. Once they reach the Sargasso Sea and spawn, it is assumed that they die. 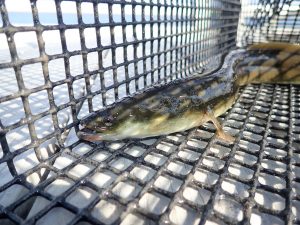 While much research has been done evaluating the effects of barriers blocking anadromous fish migrations (from saltwater to freshwater), the effects of barriers on catadromous species are not well understood. Dr. Sara Turner and Bradford Chase from the Massachusetts Division of Marine Fisheries and Dr. Mike Bednarski from the Virginia Department of Game and Inland Fisheries investigated how a series of dam removals affected the abundance of yellow American eels. The study took place on the Mill River in Massachusetts, a tributary of the Taunton River, over the course of four summers (2013-2016; Figure 2). 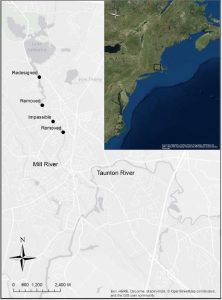 Figure 2. The locations of the dams along the Mill River. The sites are labeled with the status of the dam as of the conclusion of the experiment in 2016 (from Turner et al. 2018).

There were four dams along the Mill River that blocked off over 90% of the watershed. One dam was rebuilt in 2012 and had an eel ladder installed to improve passage. Eel ladders are a type of fish ladder that provide artificial climbing substrates for the eels to use to climb over the obstruction when traveling upstream (Figure 3). Two of the dams were completely removed in 2012 and 2013, and the final dam was removed in 2018, after the study had concluded. 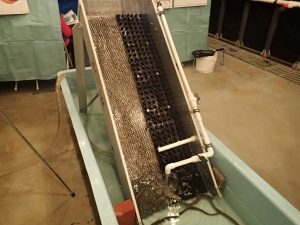 Figure 3. An example of an eel ladder. Photo by Steve Luell.

The eels were caught in Lake Sabbatia, the headwater of the Mill River, using eel pots and were tagged with Passive Integrated Transponder (PIT) tags. PIT tags uniquely identify each eel so that the researchers could monitor movements of individuals throughout the watershed as well as estimate abundance using mark-recapture statistics. Throughout the four years, the abundance of yellow eels in Mill River increased. This was likely due to the removals of the two dams and installation of the eel ladder on the last dam. With the new improvements to fish passage, more eels were traveling upstream into Lake Sabbatia.

Though the Mill River still has one dam, fish passage has greatly improved throughout the watershed. Yellow eels have increased in abundance but the responses of the earlier life stages to dam removals remains unknown due the small size of the younger eels when they first enter freshwater. To examine the success of these restoration projects, further work is needed to develop field sampling methods to monitor the responses of the different life history stages of the American eel.