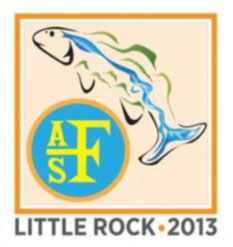 i.      A retreat was conducted during the 2013 Annual Meeting to discuss changing the Governance Model of AFS without changing the constitution.  The intention is to reduce redundancy between the Management Committee and the Governing Board.  In the future, decision making will fall on Management Committee, which includes the Presidents of divisions plus 4 members at large (Section Presidents).  The Governing Board will work on long term issues of relevancy of organization.

ii.      Two changes were recommended to the Constitution.  That included making the Hutton Scholarship a standing Committee, and combining the Membership and Membership Concerns Committees.

iii.      John also discussed expanding the scope of Mentor program for emerging leaders along with permanent source of funding annually that will provide potential young leaders with funds to help defray travel costs to attend the early days of the annual AFS meetings to participate in AFS leadership meetings.

Amanda circulated copies of the minutes and had sent them out to the listserve prior to the meeting.  There were no comments or corrections suggested.  Bruce Vondracek moved to approve minutes, Joe Margraf seconded the motion.  Unanimous approval of minutes by the membership.

i.      John Boreman asked if AFS provided has provided guidance on the issue.  Amanda said somewhat and that she is currently working with Gail Goldberg (Unit Services Coordinator, Silver Spring) for additional guidance.

i.      The immediate Past President is Chair of the Nomination Committee.

ii.      There were 97 electronic votes for officer elections this year.  Electronic voting allowed for more individuals to participate in voting rather than conducting the vote at our Annual Meeting.  Strong candidates had been solicited from the Section listserv.  The election results:  Sheila Eyler for Secretary Treasurer and Tom Bigford for President Elect.  Tom writes article for Fish Habitat in Fisheries which is reviewed by the Section’s Executive Committee and provides visibility for our Section.

i.      Kyle looking for someone to take the webpage over.  We currently have a 2 year commitment to website.  Joe Margraf said he also solicited help on listserv, but has received no response.

i.      The FHS sponsored two symposia at the Annual Meeting this year

i.      Three students will be presenting in the Reservoir Fisheries Habitat Restoration Symposium that will be judged for a cash award from the Section.

ii.      John Sweka solicited help to have judges for the student presentations.  Andrew Hafs offered to assist in judging.

i.      We need someone who will take the lead on developing an award from our Section.  The National Fish Habitat Partnership would like to partner with the Section in an award.  John Sweka will need to contact Ryan Roberts from the NFHP.

i.      Our Section sponsored an Advanced GIS workshop.

ii.      Kyle Hartman suggested that we have a committee develop ideas and implement new symposia and workshops rather than that process being led by the Executive Committee.  Kyle has spoken with Bill Janowski about setting up a symposium and Bill has agreed to help with developing ideas.

iv.      Amanda Rosenberger suggested possibly developing a book that addresses standardized methodology for habitat sampling.  There is an existing two-series book on the topic, but it is lacking in large river sampling.  Initially having a symposium on the topic could be baseline for developing larger publication by assembling topics and authors.  Some members raised concerns that books are expensive and not necessarily profitable, so some thought should be put into material dissemination.

vi.      John Boreman suggested standards and tools for conducting habitat restoration.  It would also be beneficial to have information about impacts of firefighting on fish habitat (i.e. dumping anti-inflammatory substances, cutting of trees, mudslides, etc.).  Potentially work with Bill Janowski on this topic.

vii.      Stan Moberly said continuing education is a good way for people to justify going to annual meetings.  He mentioned that the older workforce may be lacking in some skills, therefore workshops can be helpful.

ix.      Tom Busiahn would like to see the Section working in connection with NFHP on overlapping interests.  Possibly having a NFHP symposium as it relates to benefits for fish.

x.      Stan Moberly mentioned that a workshop can generate revenue for the Section, but a symposium will not unless it is published.  Kyle Hartman said workshops could be conducted at both national and regional meetings.

xi.      Russ Short suggested the topic of impacts of contaminated sediments on fish habitats.  He mentioned using a cross section of talent found in state and federal agencies to develop a workshop or symposium.

xii.      Tom Lang suggested developing a symposium on the impacts of drought on fisheries.

i.      Awards – Tom Lang said the Fisheries Administration Section has Sport Fish Restoration Award.  Possibly this Section could do something similar, traveling to states  and awarding individuals or groups for doing exceptional habitat work.

ii.      Facebook – Tom Lang will take the lead to develop a Facebook page for the Section.  John Sweka suggested we need to get additional content to both Tom for the Facebook page and to add to our Section website.  The Facebook page will be easier to update in a timely manner.

iv.      Attendance – Amanda Rosenberger discussed how our annual Section meeting was scheduled so that we don’t overlap meeting times with other large sections (i.e. Water Quality Section, Education Section, and Fish Management Section).  In turn, our Section may have an odd time and location for meeting that might be impacting our attendance.  Stan Moberly suggested that we advertise a bit more to get better attendance and we need to have something to draw people to our meeting because there are so many other concurrent activities.  Joe Margraf said that this is a relatively new Section and time slots have been taken up by other groups by standing order of things.  As a new section, we have to take what is left with time and location.  Amanda wants to know if we should continue to schedule our annual meeting in order not to conflict with other large sections.  Possibly consider having joint meeting with another similar section?

v.      Pumped Storage – John Sweka relayed that Ted Castro-Santos had requested that our Section consider coming with an AFS Policy Statement on Pumped Storage facilities (hydropower).  The Policy could potentially recommend that new facilities must be “closed systems.”  T. Douglas Sheppard said that this could be potentially addressed during re-licensing for existing projects.  Impingement and entrainment can be a significant issue with pumped storage.  Pumped storage can impact both migratory and resident fishes, including impacts on reservoir fisheries.  Amanda Rosenberger asked if we want to approach policy committee to work on this issue.  Possibly have liaison with Policy Committee from our Section.  Our Section could draft policy and provide to Policy Committee for review and approval.  John Sweka mentioned that Ted Castro-Santos is willing to help draft this policy, but there are concerns about federal employees leading the development and approval of a policy.  John Boreman said the concerns about pumped storage might be better addressed in an Issue Paper.  John Sweka said he would discuss this with Ted and report back to the Section membership.

vi.      Listserv – John Sweka asked members to be sure their email address is included in the listserv.

Quorum maintained throughout meeting prior to adjournment.