Birds are not the only migrators: Evidence for seasonal migration in the invasive round goby

Many species complete annual migrations, usually in search of ideal climates, rich food resources, or prime breeding grounds. When thinking of migration, the hundreds of miles some bird species or monarch butterflies (Danaus plexippus) travel seasonally are usually the first to come to mind. Beneath the water, many species of fish, such as Pacific salmon (Oncorhynchus sp.), Atlantic salmon (Salmo salar; Figure 1), and the American eel (Anguilla rostrata), also migrate over vast distances. However, not all migrations take place over long distances. In the Great Lakes, migration could simply be the annual movement from the depths of the lakes up to shallow bays or tributaries (rivers, streams, and creeks feeding into lakes) for reproduction. Although not as impressive of a spectacle as the 3000-mile monarch butterfly migration, it is incredibly important for sustaining our native fish populations. But what happens if an aquatic invader is also using these tributaries for reproduction? Blair and colleagues (2019) from Trent University were interested in whether the invasive round goby (Neogobius melanostomus; Figure 2) were migrating into tributaries in the Laurentian Great Lakes for spawning, or if they lived in the tributaries year-round. 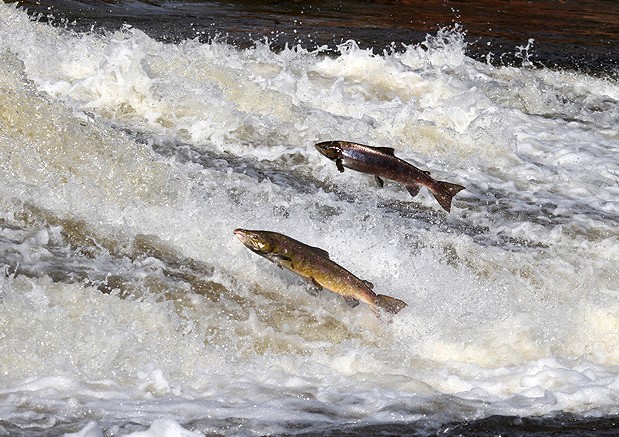 The round goby is an invasive species originating from Eurasia. They were accidentally introduced into the Laurentian Great Lakes in the early 1990’s through transoceanic ballast water. Round gobies are problematic in our ecosystems because they consume the eggs and fry of valued fish species including Smallmouth Bass (Micropterus dolomieu), Muskellunge (Esox masquinongy), Northern Pike (Esox lucius), Lake Trout (Salvelinus namaycush), and potentially more. Round gobies are also highly aggressive and displace native fish species from desirable habitats. Since their introduction, the round goby has spread rapidly from areas they initially invaded to new previously uninvaded habitats, a phenomenon known as secondary range expansion. If round gobies are migrating into tributaries to spawn, this could mark a potential precursor to secondary range expansion. 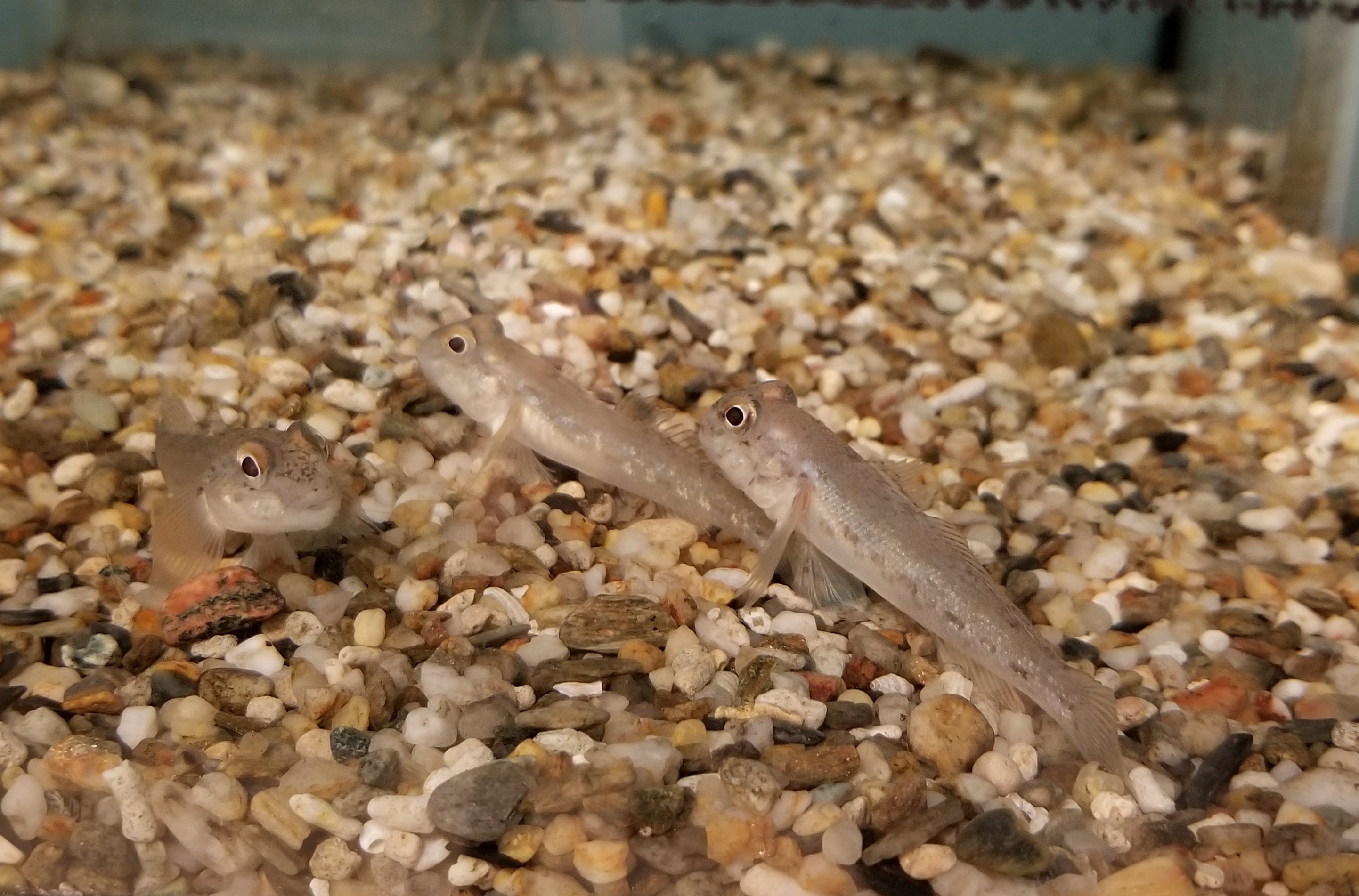 To address this question, the researchers set up a mark and recapture study on Cobourg Creek, a tributary feeding into the northern shore of Lake Ontario (Figure 3). Cobourg Creek was split into five zones. Captured round goby had a unique UV visible identifying tag implanted under their skin. After recovery, they were returned to Cobourg Creek. Using electrofishing, an active sampling method that creates an electrical current in the water that stuns fish, they sampled the round goby population along each transect of the tributary weekly from May to November in 2016. 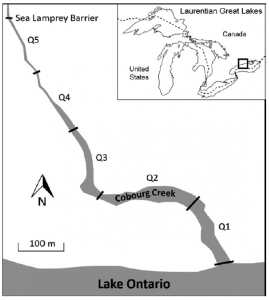 They found the abundance of adult round goby increased throughout the summer, peaked in August, and decreased from October to November. This increase in abundance occured during their breeding season and suggests round goby are using tributaries for reproduction. Juvenile abundance was highest in September and October, likely a result of reproduction in the earlier months. During June and July, tagged goby were captured within short distances of where they were initially tagged and released. In August and September, tagged goby were captured at varying distances from their release area. One round goby travelled 225 meters downstream (towards Lake Ontario) over two weeks. In October and November, very few tagged gobies were recaptured, and those that were recaptured were close to Lake Ontario, indicating migration out of the tributary and back into Lake Ontario.

This study was the first to show evidence of seasonal migration of round goby in a Great Lakes tributary. This is important as estimations of round goby population abundances and secondary range expansions can be made more accurate by considering these potential migratory patterns. Additionally, this provides information of fisheries managers to tailor their management techniques to target round goby spawning in these tributaries.