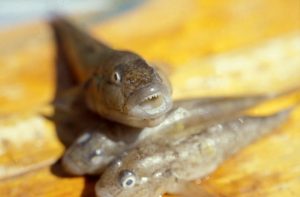 Figure 1. While the round goby may be small, they make up for it with their aggressive and competitive nature. Look at those teeth! Photo credit: Michigan Sea Grant; www.miseagrant.umich.edu/

The round goby (Figure 1) is a relatively small fish species endemic to the Caspian and Black Seas. They have invaded North America and Western Europe, packing a nasty punch to native species. These feisty fish spread contaminants and disease up the food chain and outcompete native species with their highly aggressive nature. Despite abundant research on this highly problematic species, one area of round goby biology remains largely unexplored. That is, the males of this species approach reproduction in two different ways.

One tactic, known as ‘guarders’, are when males appear large and dark with big puffy cheeks (Figure 2). They make nests to attract females and care for the offspring. The other tactic, known as ‘sneakers’, are when males remain small and are light in colour (Figure 2). Sneaker males invest more heavily in creating sperm than guarder males, however sneakers provide no parental care for their offspring. These sneakers attempt fertilization by sneaking into a nest and spraying his sperm on the eggs while a guarder male is copulating with a female. If the sneaker is successful, then some of the eggs will be fertilized by him and the guarder male will be left to care for offspring that is not his own! 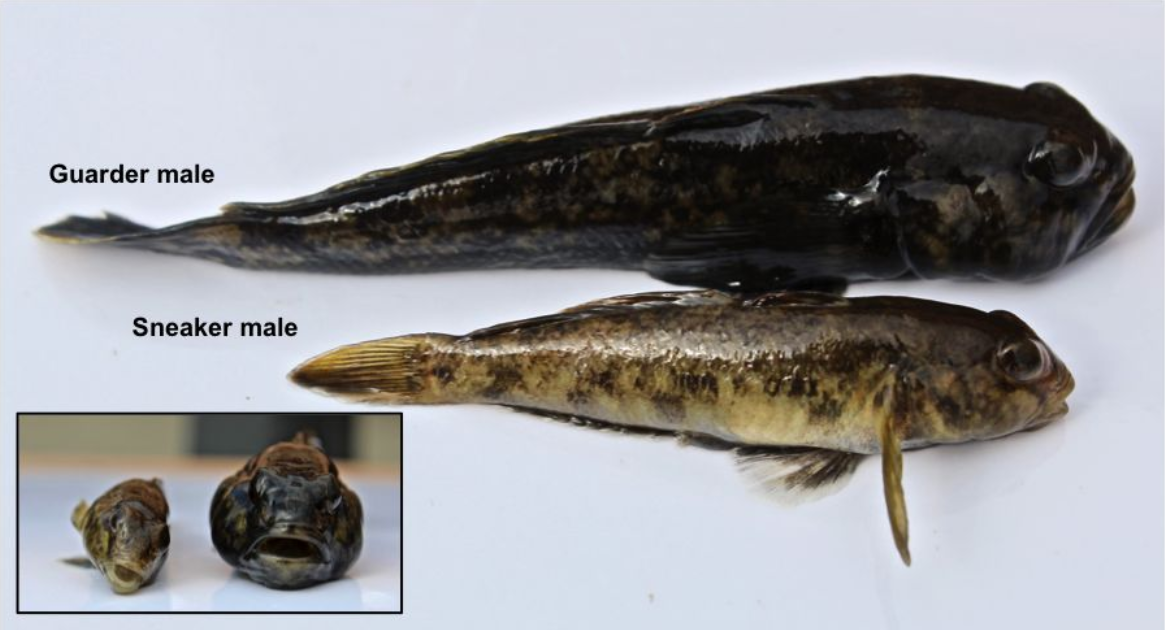 Figure 2. An example of the extreme differences seen between sneaker and guarder round goby.
Notice how wide the guarder males’ head is, all puffed up to scare his competition away!
Photo credit: Hossein Mehdi.

A team of researchers from the Aquatic Behavioural Ecology Lab (ABEL) at McMaster University hoped to unravel some of the ecological mysteries surrounding these alternative reproductive tactics in the round goby. Researchers from this lab were the first to show that round goby males have alternative reproductive tactics (Marentette et al. 2009). In their recent paper, McCallum et al. (2018) were curious about how these tactics differ in abundance, growth rates, age, and feeding approaches. They found about 67% of the reproductive population were guarder males, meaning sneaker males have a good number of nests they can attempt to infiltrate. In their first year of life, sneaker males grow slower than guarder males. Perhaps the sneaker male tactic is the result of a rough start in life, where the only way they can be reproductively competitive is by staying small and sneaky. There was a large overlap in ages between sneaker and guarder males, suggesting that sneakers males do not turn into guarder males once they grow large enough and are instead stuck being cuckolders for life. 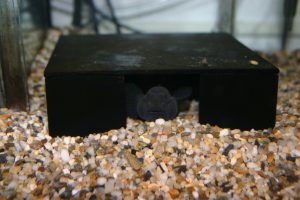 Interestingly, although guarder males are stuck defending nests (Figure 3), they are still able to eat more than sneaker males. Sneaker male diets were more restricted. Perhaps they are specialist eaters, or maybe they are limited to few prey items due to their small size. On the other hand, guarder males had a very broad diet. As these fish defend their nests, they are spatially restricted and might just be eating whatever happens to come their way.

The different ways these fish live with alternative reproductive tactics may influence how they respond to certain management techniques. Overall, the more we understand about the pesky round goby, the better we can control their spread and impact on our native species and habitats. This ensures future generations can enjoy our natural resources like we have.