Evolution of Artificial Reefs in the Great Lakes

From sunken battleships and regrettable tire piles in the Atlantic Ocean to oil rig platforms in the Gulf of Mexico, artificial reefs are well-recognized as important tools to increase fish habitat and improve local fisheries.  Perhaps less well-known is the importance of these human-made, underwater structures in the Great Lakes, and the increasing role they will likely play in the near future. 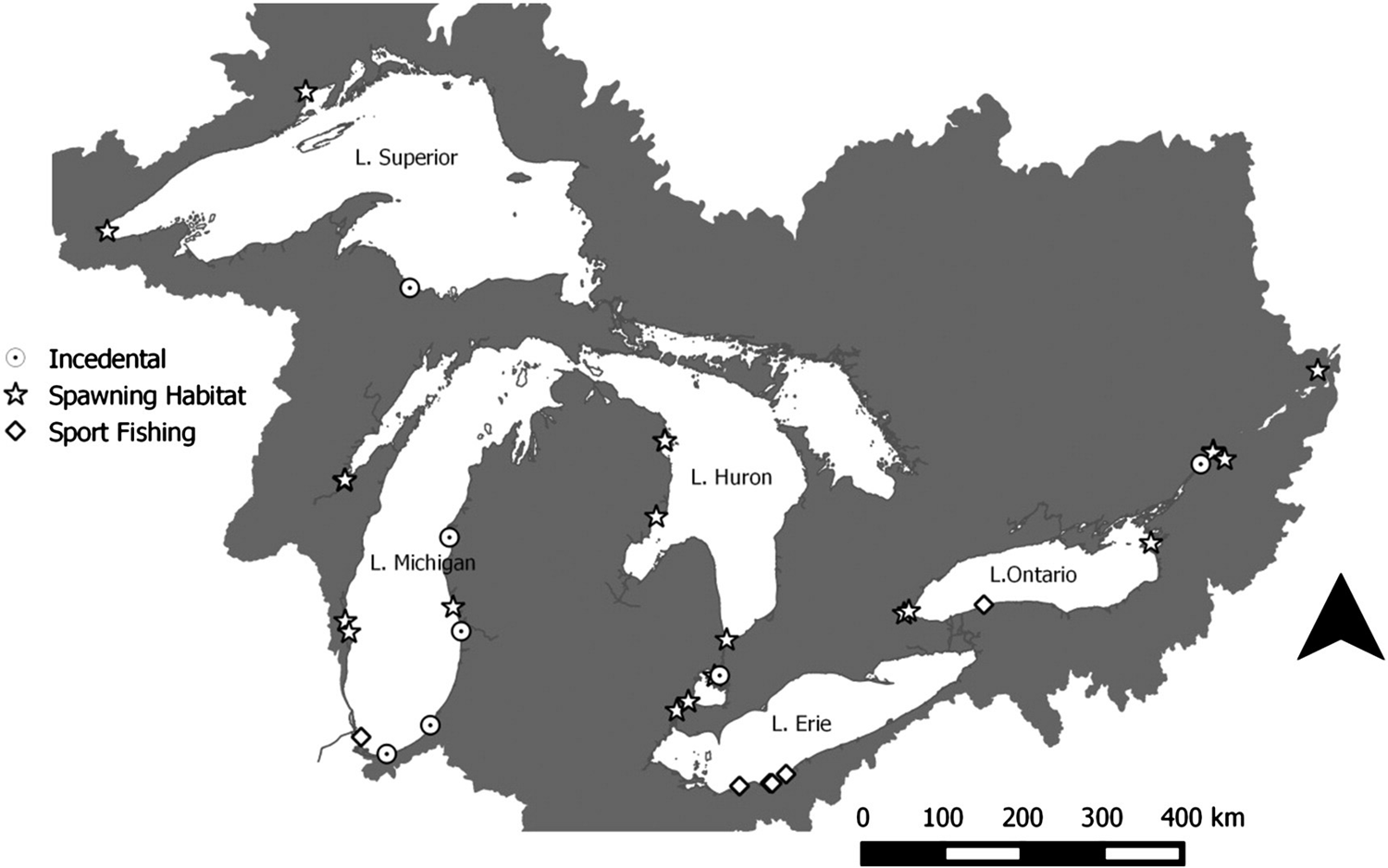 McLean et al. (2015) recently reviewed the published literature to evaluate the status of artificial reefs in the Great Lakes.  They found that artificial reefs have been constructed throughout all five Great Lakes, as well as in connecting channels and tributaries (see map).  These structures have been constructed of both natural and man-made materials, including limestone and the remnants of an old baseball stadium!

McLean and his fellow researchers also observed an interesting evolution in the intent of artificial reef construction.  The earliest artificial reefs (c. ~19th century) were constructed incidentally, largely as means to minimize the impacts of waves or create secure harbors.  In the 1980’s, however, reefs started to be built close to urban areas in order to increase aggregations of local fish for improved access by anglers.  Within the last decade or so, reefs began being constructed to provide spawning habitat and ultimately enhance fish spawning success and population numbers.  This change over time reflects our evolving perspective on the use of these artificial reefs with regard to fish restoration, one that is shifting to an increased awareness of the importance of habitat for population sustainability. 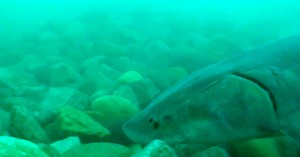 Encouragingly, McLean and his fellow researchers report that artificial reefs in the Great Lakes have been effective in meeting some of the varying objectives.  According to Dr. Edward Roseman, a co-author on the paper, “some [reefs] have met with great positive responses by fishes for attractants and for spawning habitat”, and multiple studies have specifically observed increased spawning behavior and early life stage survival on artificial reefs relative to natural habitat!

However, there is still room for improvement in artificial reef implementation.  Dr. Roseman notes the “long-term fate and function of reefs is not well-documented due to a lack of monitoring and assessment”.  Specific concerns regarding their long-term effectiveness include eventual sedimentation and biological fouling, often resulting from a combination of insufficient planning and improper construction.  Furthermore, McLean et al. (2015) emphasize that the scale of biological monitoring should extend beyond the reef, as reef-scale monitoring can fail to capture broader influences on overall fish abundances.  While based on findings from the Great Lakes, these recommendations can be applied to the purposeful creation of artificial reefs around the world.

This review is especially pertinent given current artificial reef construction in the Great Lakes, and specifically that undertaken by the Huron-Erie Corridor Initiative.  Fish spawning habitat in the channel connecting Lake Huron and Lake Erie was historically destroyed by numerous dredging and construction efforts in the 20th century.  Six areas of spawning habitat have already been created to aid Lake Sturgeon, Walleye, and Lake Whitefish spawning since 2003, and additional reefs are slated for future construction.  Accompanied by careful monitoring with the intent to evaluate long-term site integrity and broad-scale biological impact, this work is the next step in Great Lakes habitat restoration through artificial reef construction.