‘Find my Fish’: How visual surveys and remote tracking aid research and management of fishes

Do you ever wonder how scientists get information about the habitat preferences, spawning periods, and migration of fish? There are two methods by which we can observed fish: direct and indirect. An example of a direct observation method is the snorkel survey. Snorkelling is a conducive method in shallow and clear water for assessing fine detail in habitat preferences, spawning, and behaviour (Figure 1). However, snorkelling only provides a snapshot of what is occurring beneath the water’s surface, a major drawback for questions involving large temporal or spatial scales. In order to gather data on large-scale migration patterns and long-term habitat use, scientists frequently use an indirect method called biotelemetry. 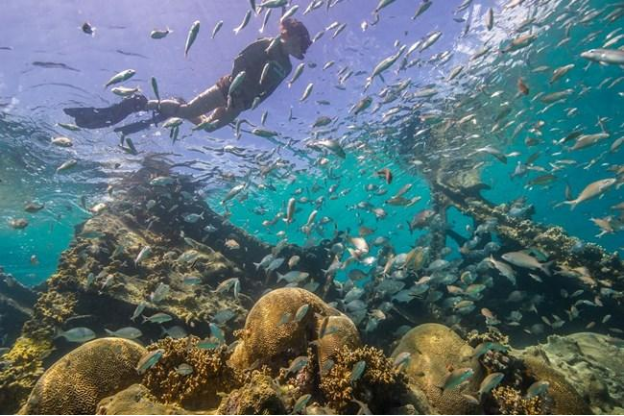 Biotelemetry equips an organism with a transmitter so a scientist can track it using a receiver. Fisheries scientists frequently use either acoustic or radio telemetry. In acoustic telemetry, a transmitter is surgically inserted into fish, which then relays a unique code that is picked up by a receiver when the transmitter comes within range (200m or less; Figure 2). With an array of receivers, scientists can track the movements of fish over hundreds of kilometers. The fine scale details available through snorkelling combined with the large scale information available through biotelemetry allows fisheries scientists and managers to get a better idea of the way fish live in their environments.

Figure 2. Various sizes of acoustic transmitters (left) and surgical insertion of the appropriate size transmitter into the abdomen of a fish (right). Photo: Wikimedia Commons.

Mads Christoffersen and fellow researchers from the National Institute of Aquatic Resources Technical University of Denmark combined snorkelling and acoustic telemetry to gather information about the daily activity, density, and seasonal migration of an invasive fish species, the round goby (Neogobius melanostomus; Figure 3). The round goby wreaks havoc in invaded ecosystems by outcompeting and displacing native fish species, as well as predating on their eggs and fry. The researchers were interested in using this information to stimulate a fishery around the round goby to help control their population numbers in Danish waters and lessen their ecological impact. 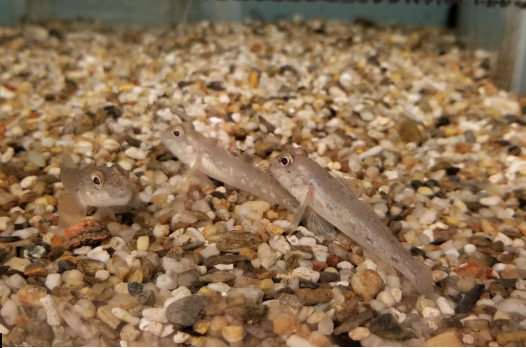 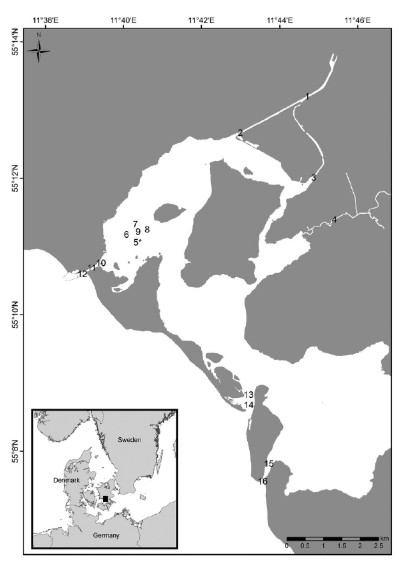 Figure 4. A Danish estuary invaded by round goby. The numbers indicated locations of acoustic receivers. Movement of tagged round goby were tracked when they passed close enough to any of the receivers. Photo: Christoffersen et al. (2018).

This study outlines how the combined use of visual surveys such as snorkelling, and remote tracking offered by biotelemetry can be used to offer more insight into the biology of many fish species. This information can be used for conservation, management, or in Mads Christoffersen’s case, providing information to stimulate a fishery around the round goby.  The use of biotelemetry in fisheries research and management is especially common in vast waterbodies such as the Laurentian Great Lakes.Scientists can gain considerably more information through collaboration. For example, American and Canadian scientists partnered up to share a network of acoustic receivers to enhance spatial understanding of fisheries in the Great Lakes (for more information, see glatos.glos.us).