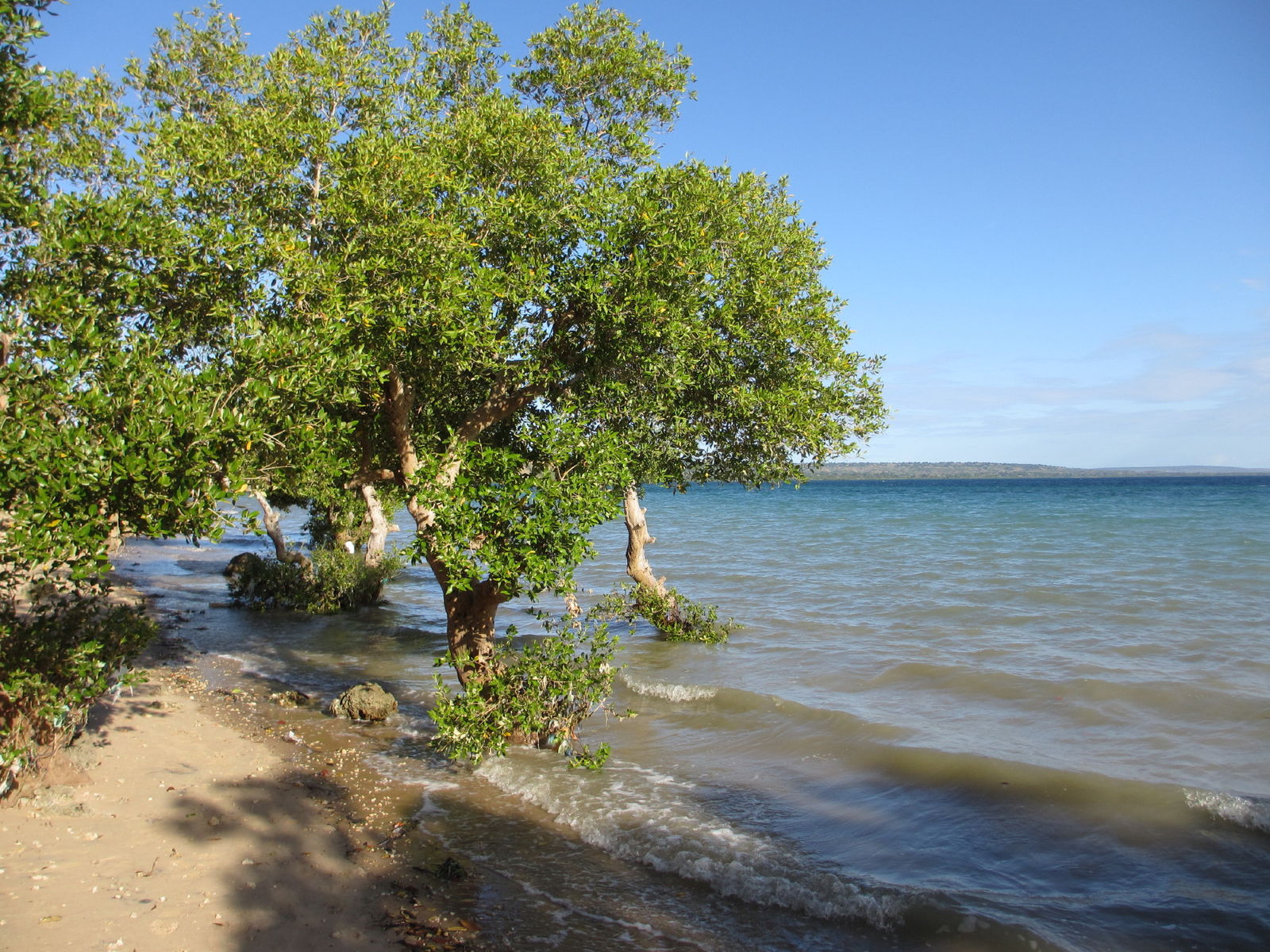 Mangrove forests connect the land and the ocean in many coastal areas throughout the world (Figure 1). They are estimated to cover over 75,000 square miles (19.4 km2) of coastline globally and contribute a variety of ecosystem services where they grow, including creating habitat that is used by a wide range of species. However, the development of coastal land threatens the health and extent of mangrove forests.

These hardy trees are found throughout tropical and subtropical latitudes. Mangroves are adapted to thrive in environments characterized by low oxygen, high salt content, and limited freshwater. For example, species such as the black mangrove (Avicennia germains) develop pneumatophores – specialized root structures that grow vertically from the soil – which act similar to a snorkel for increased breathability (Figure 2). Other adaptations include glands in the leaves, which extrude salt, and a complex filtration system for absorbing water through the roots. 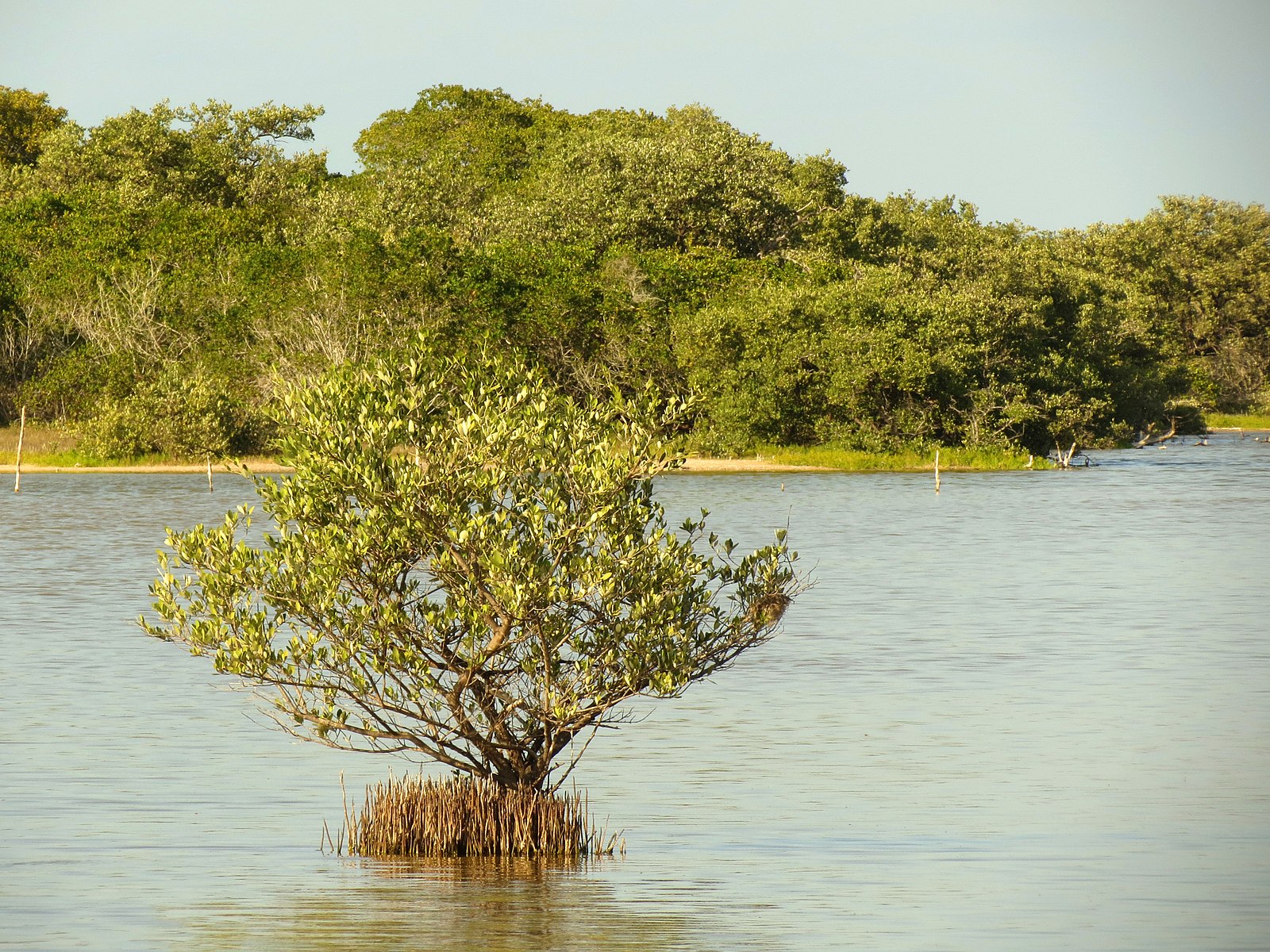 Mangroves are seemingly selfless in the positive impact that they have on their surrounding environment by providing ecosystem services. For example, mangrove root systems disrupt ocean waves and currents that would otherwise cause shoreline erosion (Figure 3). The complex root systems also capture sediment that might be suspended in the water column, clearing the water to the benefit of other species such as corals, which can be smothered by high sedimentation. 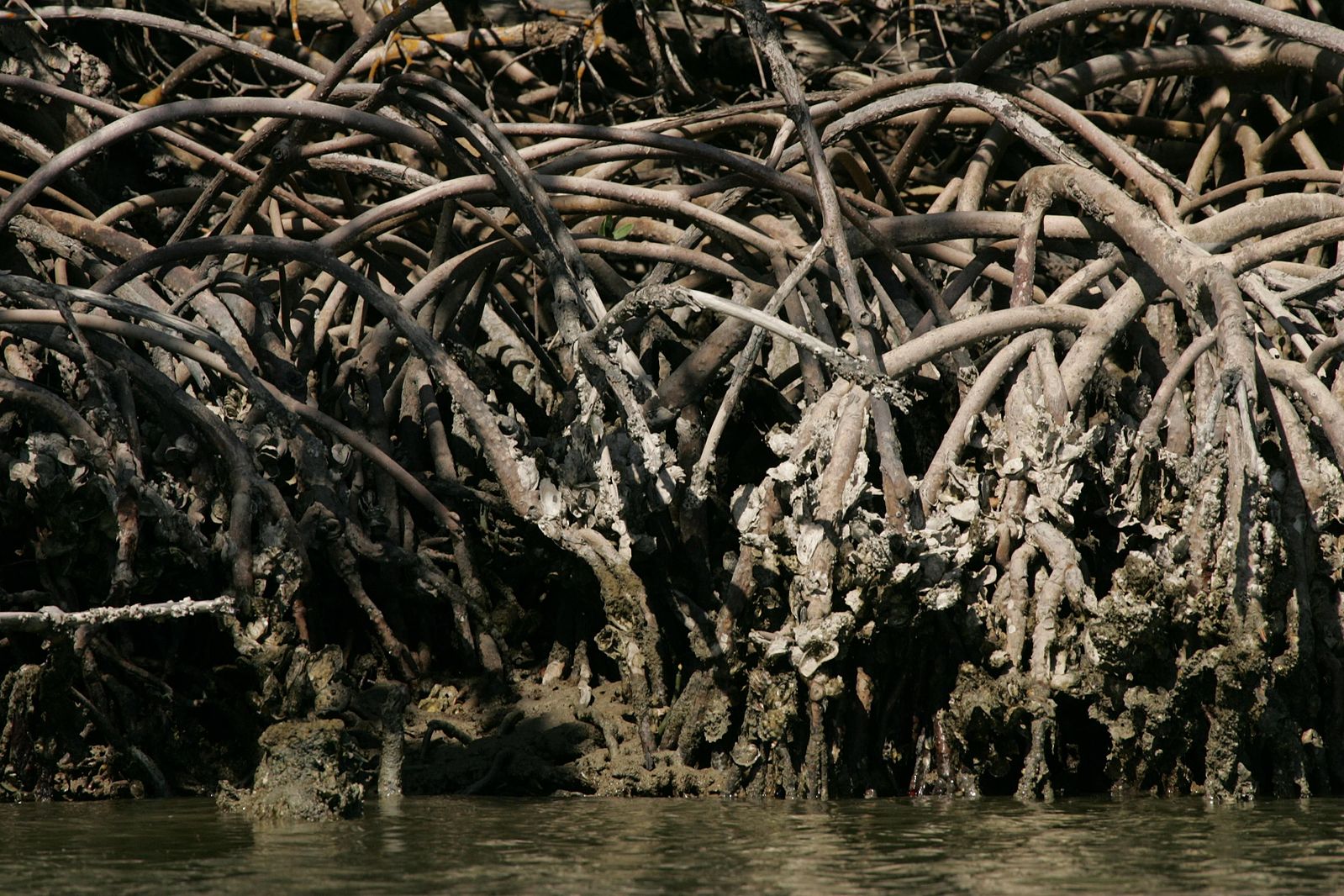 Mangroves also provide habitat for a variety of animals including fish, crustaceans, and coastal birds. In fact, mangroves are considered to be critical habitat for endangered species such as the Bengal Tiger and the Proboscis Monkey. In Florida there are three species of mangrove: the black mangrove, the red mangrove (Rhizophora mangle), and the white mangrove (Laguncularia racemosa). These species of mangrove specifically provide habitat for the American crocodile, which is listed as a vulnerable species on the IUCN Red List.

Despite the important services and habitat that mangroves provide, the amount of ecosystem services that mangroves provide within or in close proximity to urban areas is not well understood. Michael Timm and Rafael Araujo, with the Rosenstiel School of Marine and Atmospheric Science at the University of Miami, recently published a paper that compares the structural attributes of mangroves in a natural stand with those found associated with artificial urban seawalls. The outcome of this research informs whether or not mangroves located in an urban landscape differ in their function from natural groves.

Within four sites in southern Florida, Timm and Araujo documented the physical characteristics of mangrove stands to captured the height, tree diameter, leaf structure, and root system of mangrove trees that were in natural plots and trees associated with seawalls. Previously published research has shown that mangrove trees can be divided into categories based on these physical characteristics in order to compare how well they function within their local ecosystem. Two trees that have similar size and foliage, for example, will have more similar energy requirements than two trees of distinctly different size and leaf condition (Figure 4). If their environment can produce many large trees, than it is considered to be well functioning. 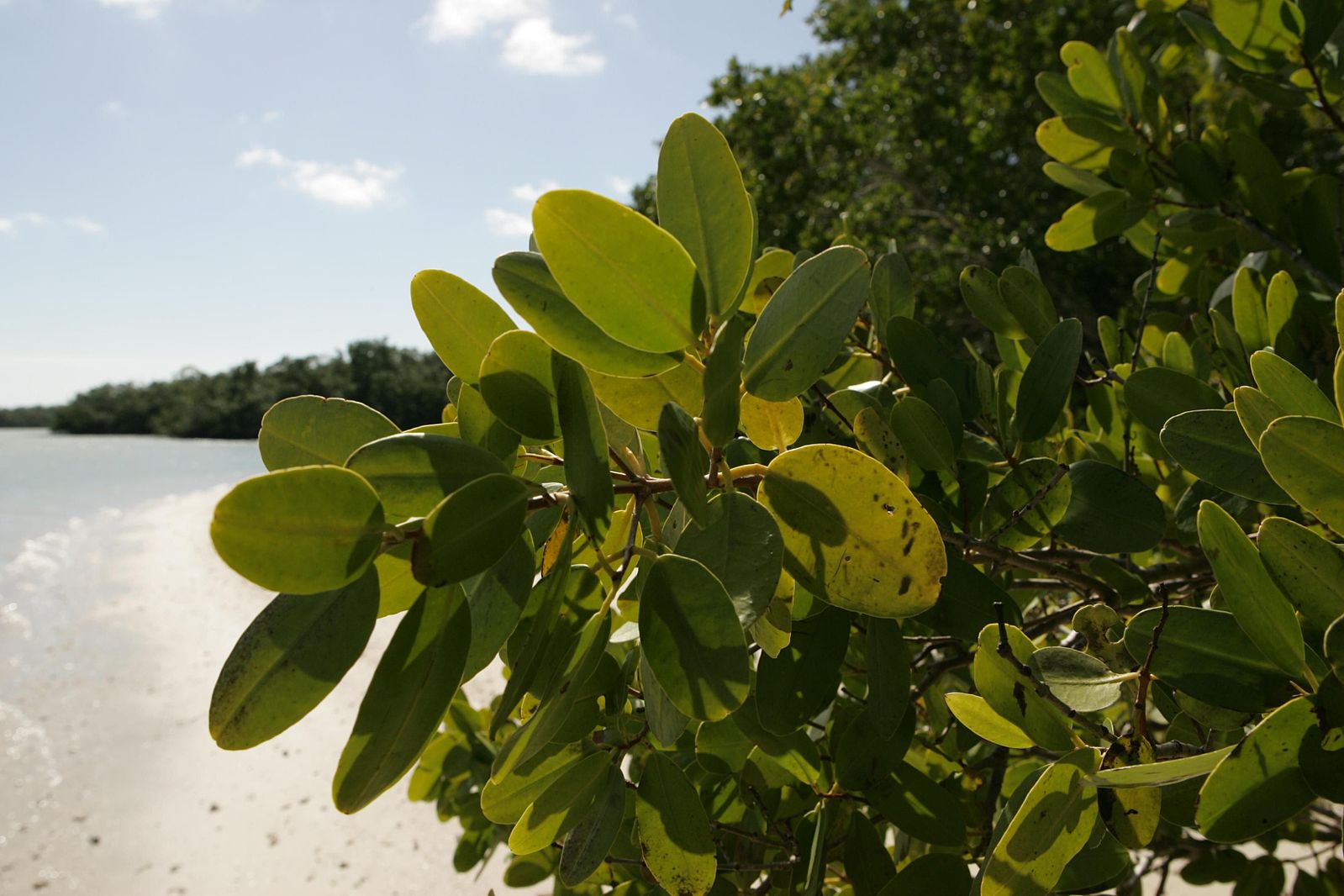 The researchers showed that mangrove trees found in association with artificial seawalls were not significantly different from those found in natural stands. This is important because it indicates that mangroves found in artificial settings are functioning similar to their natural counterparts in regards to ecosystem services.

Timm and Araujo also compared the characteristics of the mangroves found within the Florida sites to natural mangrove forests throughout the neotropical region (ranging from the United States to Brazil in the Atlantic Ocean and Ecuador in the Pacific Ocean). The Florida sites were found to be within the known range of variation for mangrove communities in other areas.

The results of this research demonstrate that mangroves associated with seawalls provide similar types of habitat and ecosystem services as those observed in a natural setting. However, the authors are careful to point out that hardened shorelines, such as those containing seawalls, prevent the natural migration of mangroves and other species. It is necessary to development decisions to consider the trade-offs of various artificial structures and develop adaptive strategies for balancing shoreline armoring with the needs of living resources, such as mangroves. 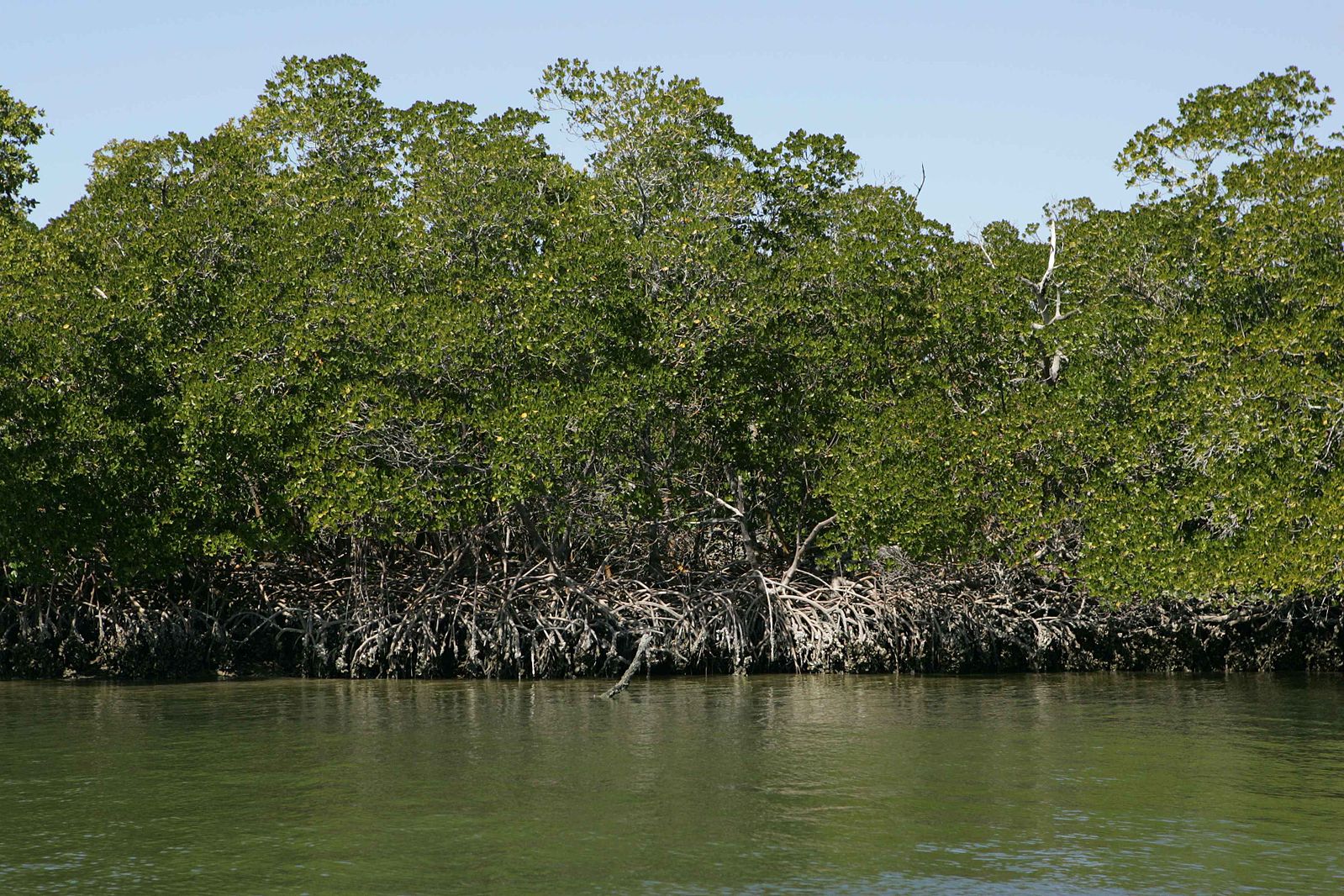