The unprecedented duration of the most recent government shutdown has implications for our nation’s natural resources. During the fourth week of the shutdown, I checked in with Nathan Wiese, the Project Manager for the Mora National Fish Hatchery (NFH) in Mora, New Mexico to learn about its impacts on our fisheries. Nathan and his staff are tasked with the recovery of Gila trout (Oncorhynchus gilae), a critically threatened trout native to the southwestern US (Figure 1).  The hatchery manages approximately 50,000 fish, including Gila trout broodstock (mature fish used for breeding), wild origin Gila trout, and Bonytail Chub (Gila elegans).  During the shutdown, Nathan was the only staff member authorized to protect “Government Property” (i.e. the fish), and worked alone, without pay, to keep them alive.  The six full-time staff were on unpaid furlough status, and not permitted to work. 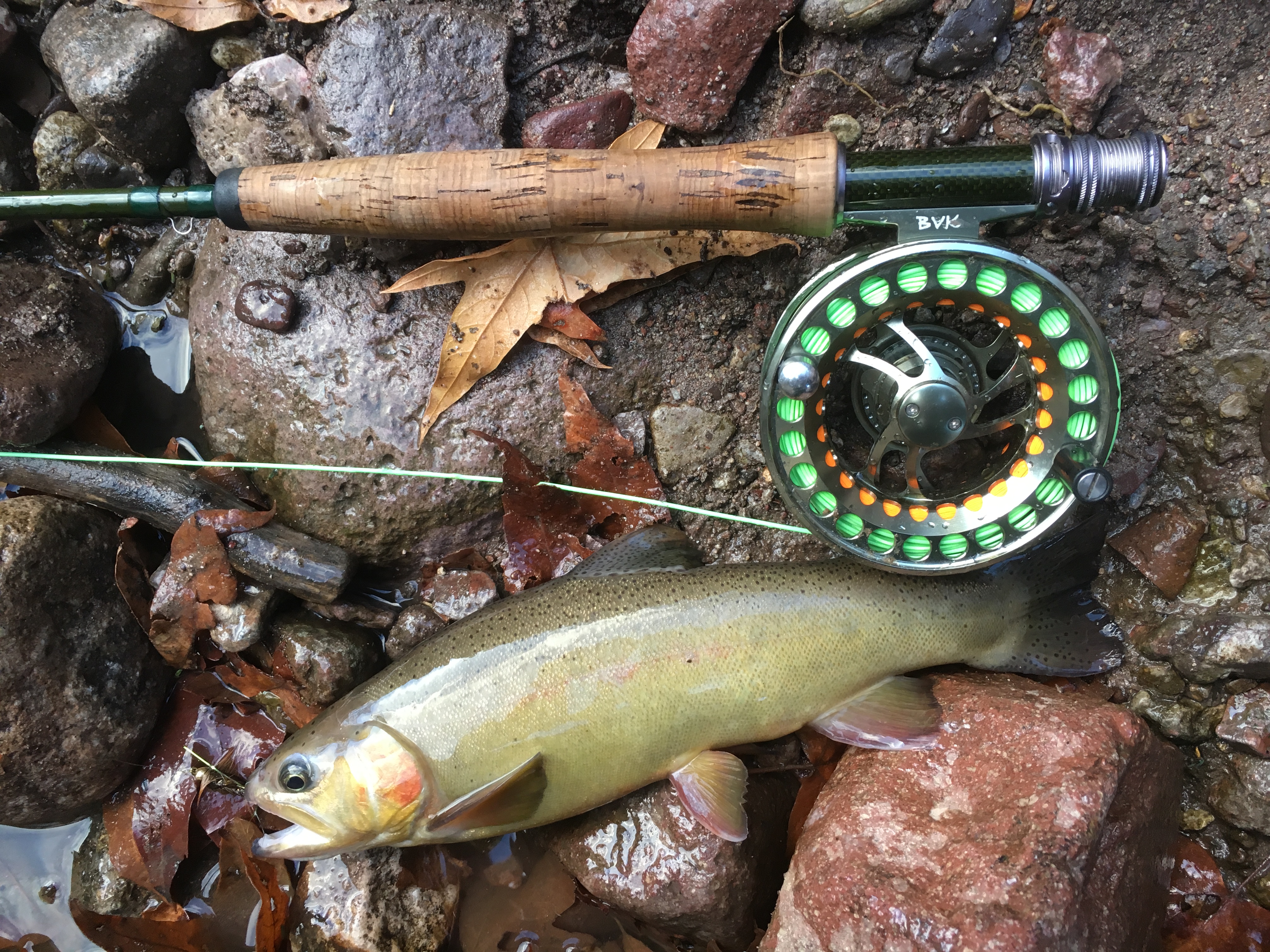 Lauren: How have typical daily hatchery operations changed over the last few weeks?

Nathan: “We’re a Recirculating Aquaculture Facility, so typical operations include systems checks and normal fish chores such as feeding, cleaning, and diagnostics.  During the shutdown, I’ve been doing as much as I can to keep normal operations going, but nothing is getting the attention it should.  We had a really cold snap two weeks ago (-10° F overnight temperatures; Figure 2), that froze several domestic water lines and snapped a make-up water flow meter in our production facility.  On my morning rounds, I had water hitting the ceiling in a geyser.  Fortunately, we had a back-up part on hand and the fix was relatively simple, albeit very wet!” 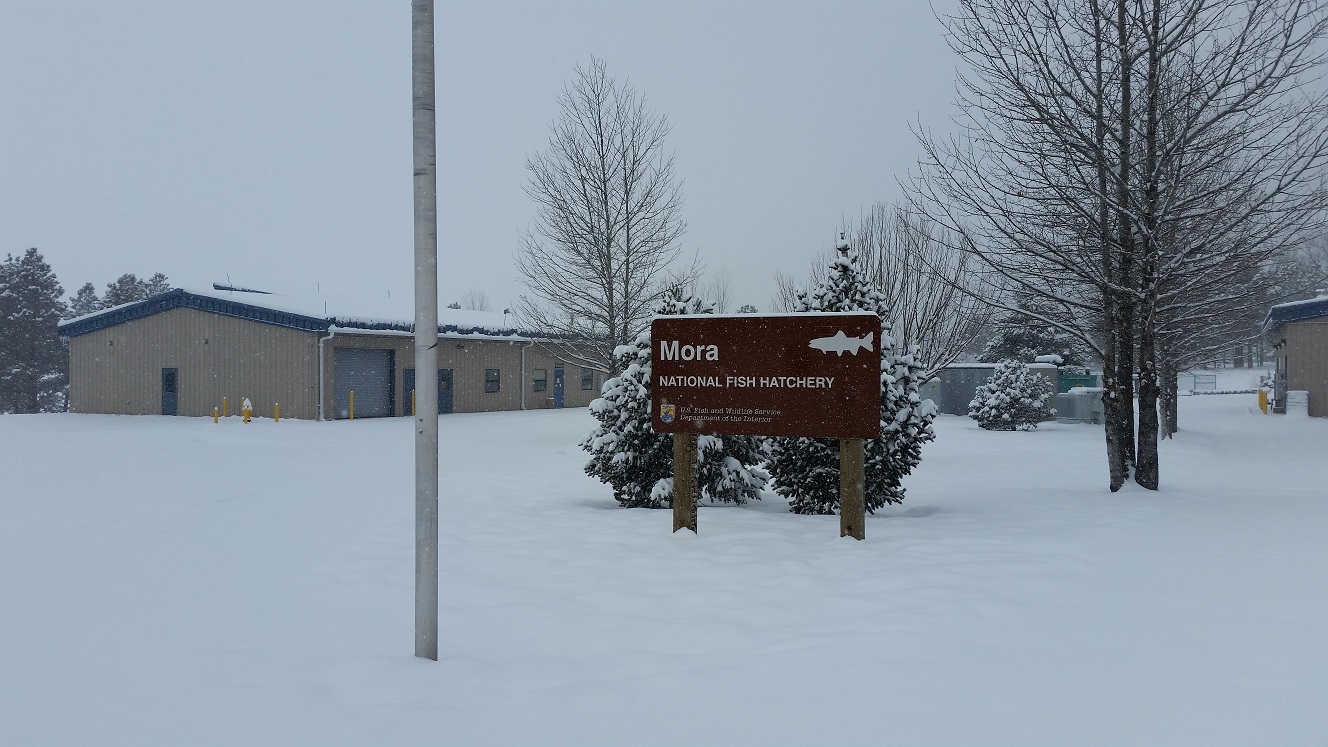 Lauren: How are the fish? Has the shutdown thrown the hatchery into ‘survival’ mode?

Nathan: “We’re squarely in survival mode, but the fish are doing well so far. Thankfully, there haven’t been any disease episodes, etc., but I’ll be out of fish food in the next 60-days, so I hope we make some progress soon.  We are getting close to spawning season (about a week out); I have already noted gravid females [those carrying mature eggs].  Unfortunately, our genetic team was also furloughed, so if this keeps going, we’ll not have the benefit of their pedigree spawning matrix.  The matrix has improved survival rates almost three-fold over the past several years because of the extremely small starting populations we’ve dealt with.  Ditto with our cryo-preservation specialists.  I’m not sure if I can get the milt [sperm] sent that we were counting on for this spawning season. That will be a blow to Gila trout recovery efforts this year and into the future.”

Lauren: Are there long-term impacts that this shutdown could have on the hatchery and Gila Trout?

Nathan: “We were in the middle of a major construction project installing 12-foot dual-drain circular tanks in one of our main re-use systems (Figure 3).  That project is at 100% stop.  If we can’t get back on it, we’ll have to cut the number of Gila trout we support at Mora NFH in 2019.

I can only speak for Gila trout, but we’re going to see negative repercussions well into the future for this program.  I’ve got cohort of Iron Creek lineage Gila trout that I expect will age-out of productive breeding after this season.  We’re right on the verge of missing them and without our genetic support team and previously preserved cryo milt, we’re not going to be where we could have been.  It could take years to regain the ground we’ll miss. It’s frustrating, but we’ll keep plowing forward.” 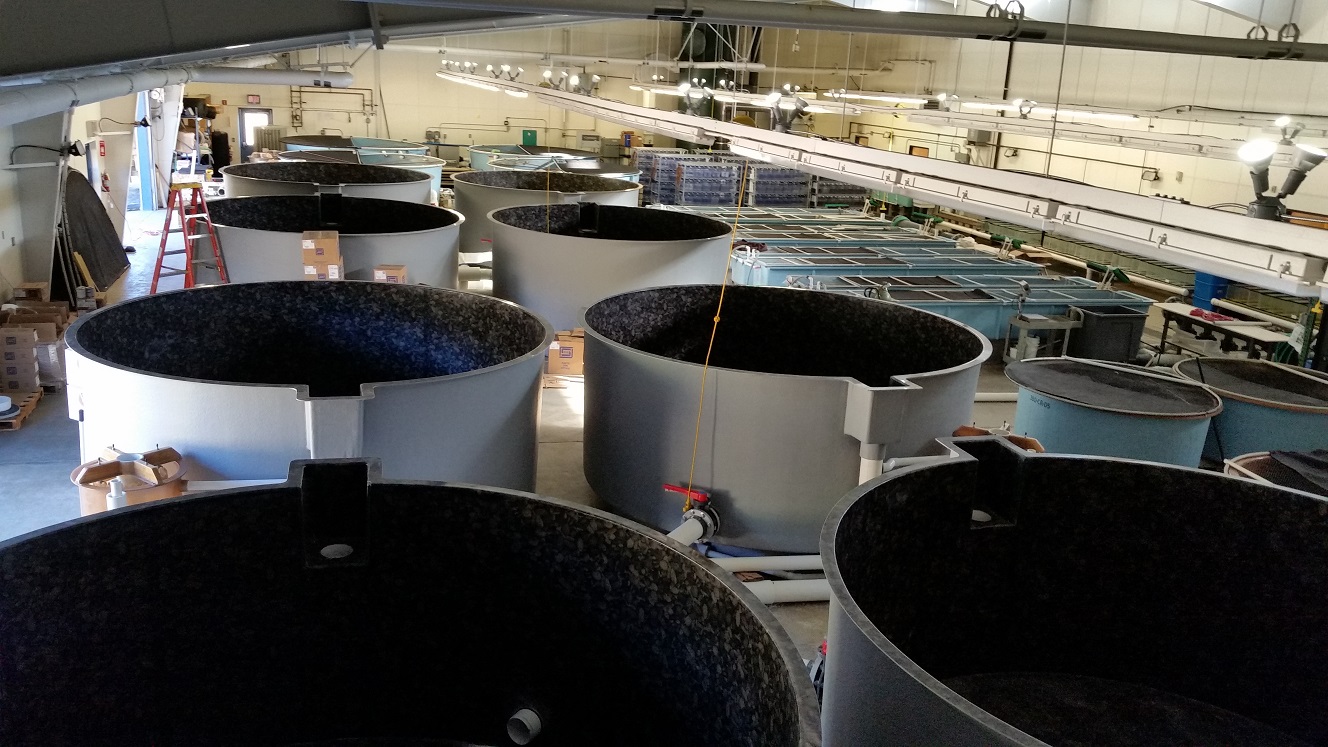 Lauren: Any news from other hatcheries?  Does the Fish and Wildlife Service create contingency plans for these scenarios?

Nathan: “Hatchery staff tend to be go-getters. Morale is low, but our staff is making sure that the fish are being taken care of across the National Fish Hatchery system. It’s really a testament to the people that work in this profession; they mostly do it because they love it.

Unfortunately, I’ve been through a couple of shutdowns in my 14-year career.  I think each administration provides new guidelines to the Departments for handling them, so it can be difficult to plan contingencies.  That said, we’ll certainly be documenting what’s working and not so that we can be better prepared for the future.  When you hear the words “Shutdown” and “Record-Breaking” together, it is never good for planning.

Meanwhile, our Agency is doing everything they can to find previous year allocations that can be used for emergency purchases.  We ran out of propane in our housing, just in time for the sub-zero temps, and our Regional leadership was able to find funds to purchase that.”

Lauren: Hatcheries frequently collaborate with state agencies.  Can the state help out at all in these situations?

Nathan: “We have some exceptional state and volunteer partners.  They’ve been keeping tabs on how we are doing.  Just this morning, the New Mexico Department of Game and Fish loaded surplus Gila trout broodstock for supplemental stocking to lighten our fish load onsite (Figure 4).  It’s awesome to see that support when we need it.

Unfortunately, our normal communication channels, social media, website, monthly reports, etc., have been shutdown during the furlough so it’s hard to get the message out on what’s happening here at the Hatchery.” 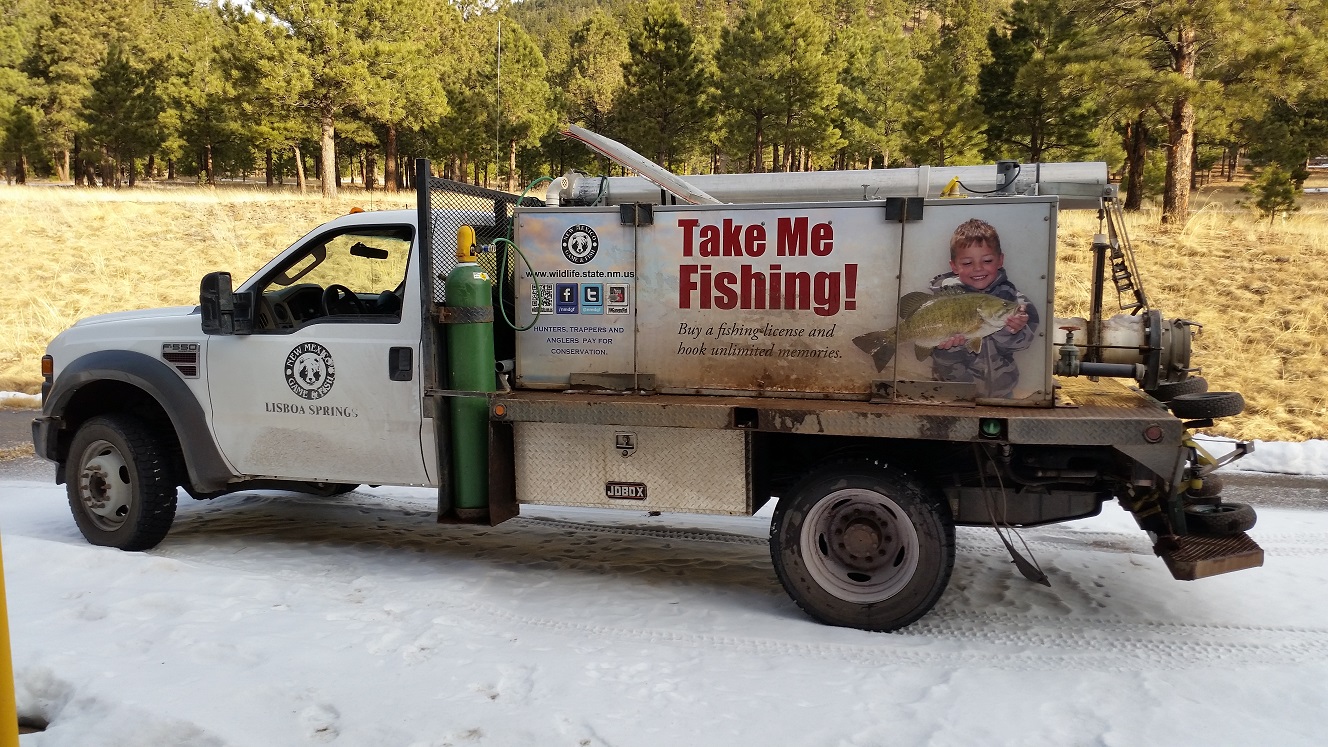 Figure 4. A fish transportation vehicle from New Mexico Game and Fish relieves Mora NFH of some broodstock during the shutdown (Credit: N. Wiese).

Lauren: How are you, your co-workers, and families holding up under the stress?

Nathan: “It is tough.  I love what I do, but I’m also a father and a husband.  We still have food on the table and a roof over our head that will last for a while, but not forever.  I find myself being shorter with my daughters, as much as I say it’s “okay”, it really isn’t. Our team is holding up, but morale is low, and the uncertainty is weighing on everyone.  We want to get back to recovering Gila trout for the American people.  That’s our mission, we’re proud of it, and we want to work for it.”

The American Fisheries Society has urged Congress and the White House to work in a bipartisan manner to end the partial government shutdown and allow natural resource agencies that support important fisheries research and management to resume operations. Read more about how government shutdowns impact the fisheries community HERE .