Where to spawn? Muskellunge prefer spawning at the same site annually

If you have never seen a muskellunge (Esox masquinongy), they are magnificent, large, and powerful apex predators in the waterbodies they reside (Figure 1). Georgian Bay in Lake Huron supports a self-sustaining native muskellunge population; however, there are concerns the population may begin to decline due to habitat degradation. Efforts to conserve muskellunge (and other fish) populations generally consist of size and possession limits, and encouraging catch-and-release fishing. However, these efforts may not be enough as muskellunge may be more threatened by the degradation of their nearshore spawning and nursery habitats. In fact, a survey of a traditional nursery site in the Severn Sound region of Georgian Bay failed to find any young muskellunge born that year (Leblanc et al. 2014). 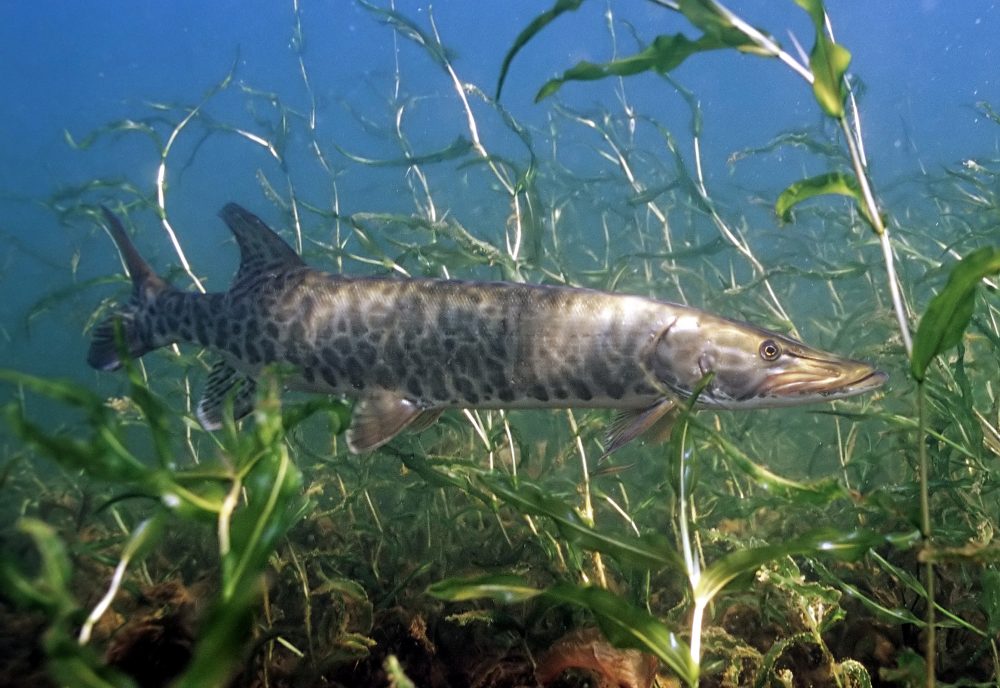 To understand how habitat degradation may be negatively affecting the Georgian Bay muskellunge population, a team of researchers from McMaster University monitored the spawning habitat use of adult muskellunge over multiple years in Georgian Bay (Weller et al 2016). In particular, they were interested in investigating whether muskellunge exhibit “spawning site fidelity”, the use of the same spawning and nursery sites year after year. 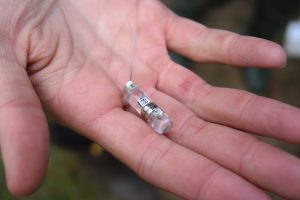 Figure 2. An example of different sizes of radio tags that are surgically implanted into the abdomen of a fish. Photo Credit: Aki Janatuinen

To achieve this, researchers caught adult muskellunge between 2012 and 2014 and implanted radio tags into their abdomens (Figure 2). These radio tags emit a unique signal that can then be detected and tracked with a radio antenna and receiver from a boat (Figure 3). The researchers went out multiple times each year during the spawning season to track the locations of tagged muskellunge. Each time they came across a signal, they recorded the radio identification number and the approximate GPS coordinates where the signal was received. 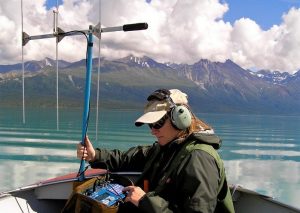 Muskellunge are a popular species for recreational fishing, but they are also invaluable to the ecosystems they inhabit. As an apex predator, they keep the abundance of prey species in check. The results of this study indicate the extreme importance of maintaining the health of spawning habitats and nurseries for our native fish species. We may enjoy the shores of our waterbodies, but we have to be mindful that some species rely on these habitats to survive. Policy aimed at protecting important nearshore habitats would ensure species like the muskellunge will still be around for future generations to enjoy.