Polar Cod Under the Pack Ice 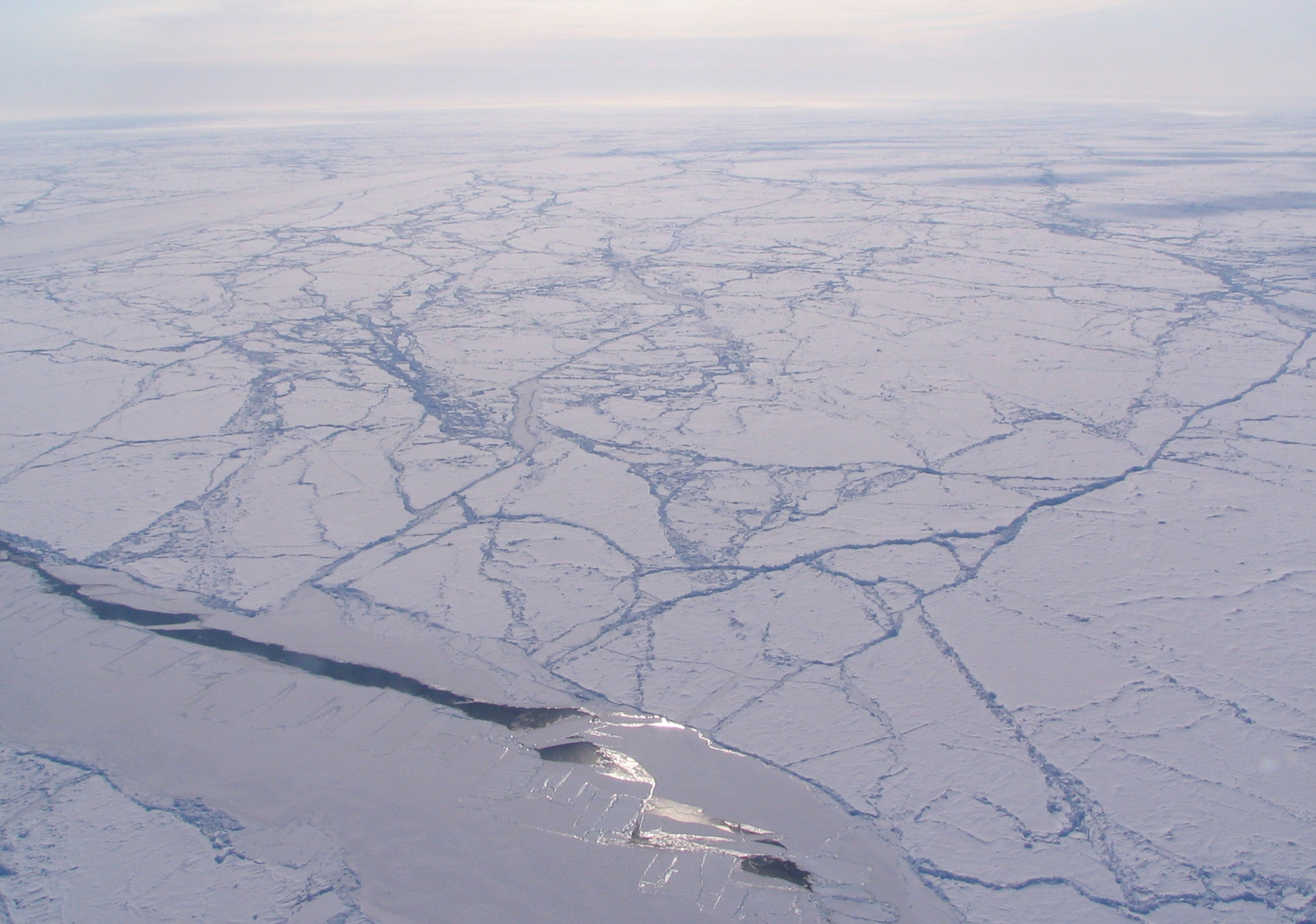 Pack ice is a group of large pieces of floating ice that move together in almost continuous masses due to wind and/or ocean currents. What happens below the pack ice? This has been a difficult question to answer for researchers, who have drawn on a variety of techniques- from diving to cameras- to sneak a peek at that hidden world below the ice.

The Arctic is one area where much of the activity below the pack ice eludes us. The Arctic Ocean has experienced reduction in pack ice extent and thickness over the past four decades, and this is expected to have a direct impact on organisms that live in association with the pack ice. Polar cod (Boreogadus saida) is one Arctic fish that is known to reside under the pack-ice and can live up to six years. Polar cod is a key species for both the Arctic and pan-Arctic ecosystem, as the small fish serves as a bridge to transfer energy from the animals it eats to the ones that eat it. Narwhals, ringed seals, many Arctic seabirds and beluga whales prey upon polar cod. While we’ve known for some time that polar cod live below the pack ice, exactly how many polar cod and what ages of polar cod lingered below the pack ice was unknown until recently. 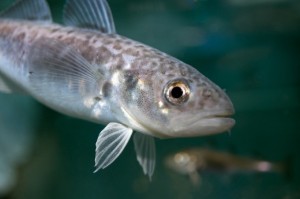 A group of researchers from the Alfred Wegener Institute, Helmholtz Centre for Polar and Marine Research, Universität Hamburg and the Dutch research institute IMARES were able to catch polar cod directly beneath the Arctic pack ice for the first time. The group used a specially designed under-ice net for a trawl survey on the research icebreaker Polarstern. They sampled locations in Greenland, Svalbard and Russia. The net, known as SUIT (Surface and Under Ice Trawl), has an extremely large frame that is made to quickly sink beneath the pack ice every time its cast. The net also carries a camera and is capable of measuring ice thickness, salinity, temperature and currents using hydroacoustics (think propagation of sound in water). Using this gear, the researchers were able to catch cod directly underneath pack ice of varying thicknesses, revealing a part of the polar cod life history that has not yet been observed.

The study found that polar cod living directly beneath the pack ice were primarily one and two year olds feeding on amphipod crustaceans.  Tissue samples showed the juvenile fish were in good condition. The researchers concluded that this location under the pack ice is nursery habitat for polar cod (i.e. the location where young fish are found). Using satellite data and computer modeling, the migration of the pack ice was retraced to identify potential spawning grounds (the location where fish release their eggs). It was hypothesized that the cod originated from spawning grounds off of Laptev and Kara Seas in Northern Siberia. Using this data, the researchers found that the ice had taken somewhere between 240-340 days to travel from the coast to the location where the cod were caught, which corresponds with the age of the cod. This indicates that the cod originated in the Kara and Laptev Seas, and migrated to their current location beneath the drifting pack ice nursery. 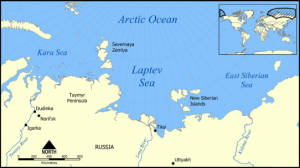 “Location of the Laptev Sea north of Siberia, Russia. The sea is part of the Arctic Ocean, and neighbours the Kara Sea and East Siberian Sea.” Credit: NormanEinstein

This research has documented important details in cod life history that will be critical to species conservation and management. This information on polar cod nursery habitat might allow us to understand and predict polar cod response to pack ice loss in the face of climate change and altered environmental conditions. The authors estimated a total of nine billion juvenile fish were present under the pack ice and believe that this pack ice serves as a reserve that increases overall survival of the Arctic’s polar cod populations.