You’ve probably heard of invasive species. You may even be able to name a few and describe how they impact ecosystems. Invasive species are non-native species that have undesirable effects on the ecosystems they invade (Palmer et al. 2004). Those that are successful and establish in new environments can be difficult or impossible to remove completely. However, if managers know a lot about the invasive species, they can use this information to control the population, and reduce the negative impacts on native species and the invaded ecosystem. 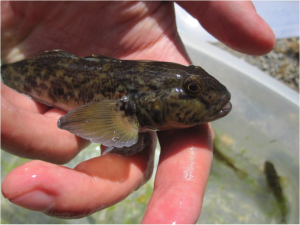 Figure 1. Round Goby, an invasive fish species in the Laurentian Great Lakes. Image from the Aquatic Behavioural Ecology Laboratory at McMaster University, Hamilton, ON, Canada.

Erin McCallum, a PhD student in Dr. Sigal Balshine’s lab at McMaster University, and her colleagues set out to learn more about a very successful invasive species; Round Goby (Neogobius melanostomus). Round Goby became invasive in the Laurentian Great Lakes after being transported through ship ballast water in the 1990s. Round Goby have arguably had both positive and negative consequences for the Great Lakes. For example, they negatively affect important native fish species by eating their eggs, reducing offspring survival, and aggressively outcompeting native fish, pushing them out of habitats these native species would normally occupy. On the positive side, they provide an alternative food source for larger fish and water birds. Interestingly, recent evidence has indicated that they can occupy highly polluted areas, and are thus pollution tolerant. 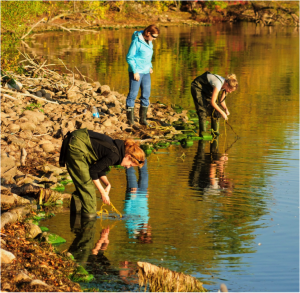 Knowing this, Erin, Dr. Balshine, and the team set out to answer two questions, (1) How are population demographics, such as abundance, body size, and body condition, of an established invader altered over time after invasion? And (2) How does contamination from multiple sources (steel mills, wastewater effluent, and urban run-off) affect the population demographics of a successful invasive species? To answer these questions, the team collected Round Goby from areas of high and low contamination from 2002 until 2012 in the Hamilton Harbour, Hamilton, Ontario, Canada. “Hamilton is an area of concern for the Great Lakes, and gobies could potentially present a new problem to remediation. We know that fish are abundant in contaminated areas, we know that other fish and water birds eat gobies; there could be concern for transfer of contaminants throughout the Hamilton food web” said Erin, indicating why they chose this area for their research. After collecting Round Goby, the researchers then quantified a variety of demographic parameters.

Did the population demographics change over time after invasion? Erin and her colleagues found that the abundance of Round Goby first declined and then plateaued to a relatively stable number over the 11 years they were monitored in the harbour. The researchers suggest that density dependent mechanisms (food availability for the number of animals, space in the habitat, etc.) and recognition as a food source by native predators are likely the cause of this trend. 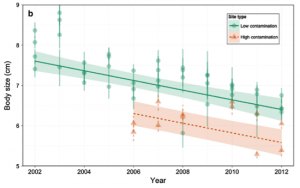 Figure 3. Round Goby sampled from highly contaminated sites were smaller than individuals captured from sites with lower contamination. From McCallum et al. 2014.

The team also found that the abundance of Round Goby did not differ between sites of high and low contamination, suggesting that these species are indeed capable of thriving in contaminated areas. However, they did find that other population demographics differed for Round Goby found at highly contaminated sites compared to goby found in areas with less contamination. Specifically, Round Goby captured at sites with high contamination tended to be smaller (see Fig. 3) and males had higher investment in reproductive tissue compared to goby captured at sites with low contamination. Erin indicated that “researchers rarely follow an invasive species through its persistence/establishment phase of invasion. I think our work captures nicely how the goby populations … are reaching an equilibrium in this environment. Moreover, by tracking metrics like body condition and reproductive investment, we can understand their life-history shifts across time”.

What does this mean? Well, it suggests that future research should investigate the importance of predator-prey interactions on Round Goby abundance. It also indicates that Round Goby may serve as a vector for contaminants up the food web: these fish are successful in highly polluted areas, live near the bottom where contaminants often accumulate, and are a food source of larger fish and water birds.