Sometimes when angling, I get the sense that not all fish are the same, even when they’re the same species, seem to be the same size and sex, and have been caught within the same hour of the same fishing excursion. For example, one fish is particularly feisty, and a real treat to bring in, while others have very little fight and make me wonder if I’ve caught a snag. 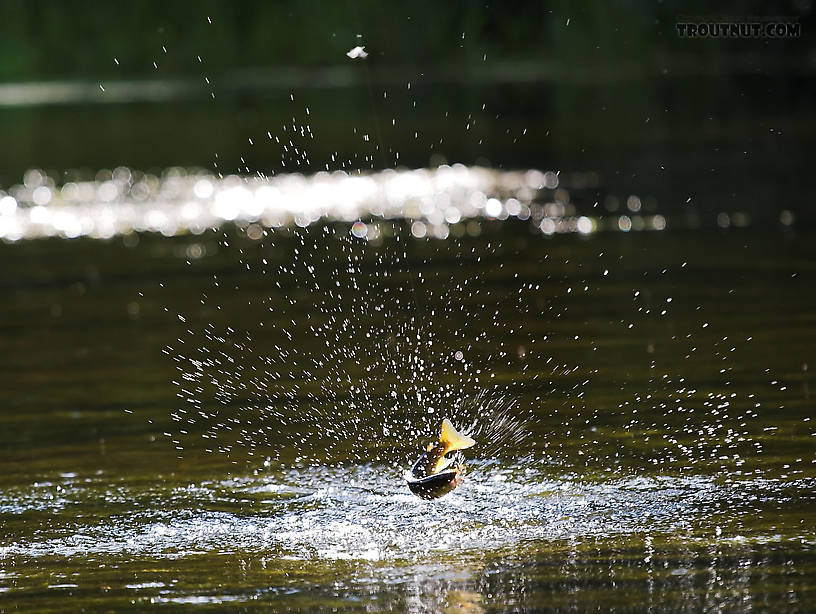 A small brown trout jumps at the end of a fishing line. Photo used with permission from Jason Neuswanger, troutnut.com.

A recent study suggests it may not be my imagination playing tricks on me. Researchers from the University of Eastern Finland (Härkönen et al. 2014) have found evidence that not all brown trout of the same age class and sex behave the same. The team of researchers found that some individual trout are more exploratory than others. What does this mean for your angling experience? Well, the researchers indicate that the more exploratory fish are the ones that are more likely to make a charge for your fly. The researchers also point out that this isn’t specific to brown trout. This has been shown in many species of trout, salmon, bass, walleye, and other species of interest to anglers. 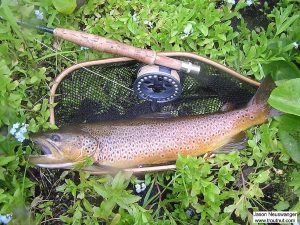 Interestingly, fish that are reared in a standard hatchery and stocked into fishing streams show more exploratory behaviour than the wild fish in those same waters. This could be because more exploratory behaviour can make a fish more likely to be captured by predators, reducing their likelihood of surviving in the wild. This means that when fishing a stream with both wild-raised and hatchery-raised brown trout (and possibly other hatchery-raised species), you’re more likely to catch a hatchery-raised fish. This can be both a good and a bad thing. If you’re more likely to catch hatchery-raised fish then the wild-born fish are left in the stream, preserving the stream’s wild integrity. However, if hatchery fish are simply looking to get fed and not in tune with their natural surroundings, all of your efforts to read the environment in the selection of your fly may be wasted, and you might as well change your tackle box to include just “pellet” flies.

However, for those of you interested in a more challenging fishing experience, there’s some good news. If fish are reared in a hatchery environment that has been enriched with different foods, fed differing amounts, are reared at lower densities, and have more shelters and interesting rearing habitat, they are less exploratory. This means that these fish are more cautious when attacking a fly, and may increase the amount of skill needed by the angler to catch a stocked fish. Angling for a more cautious stocked fish will likely never be the same as angling for wild fish; however, increasing the difficulty may at least make the experience feel less artificial. As it turns out, more and more hatcheries are turning to this approach as rearing more cautious stocked fish increases the amount of individuals that survive after release. 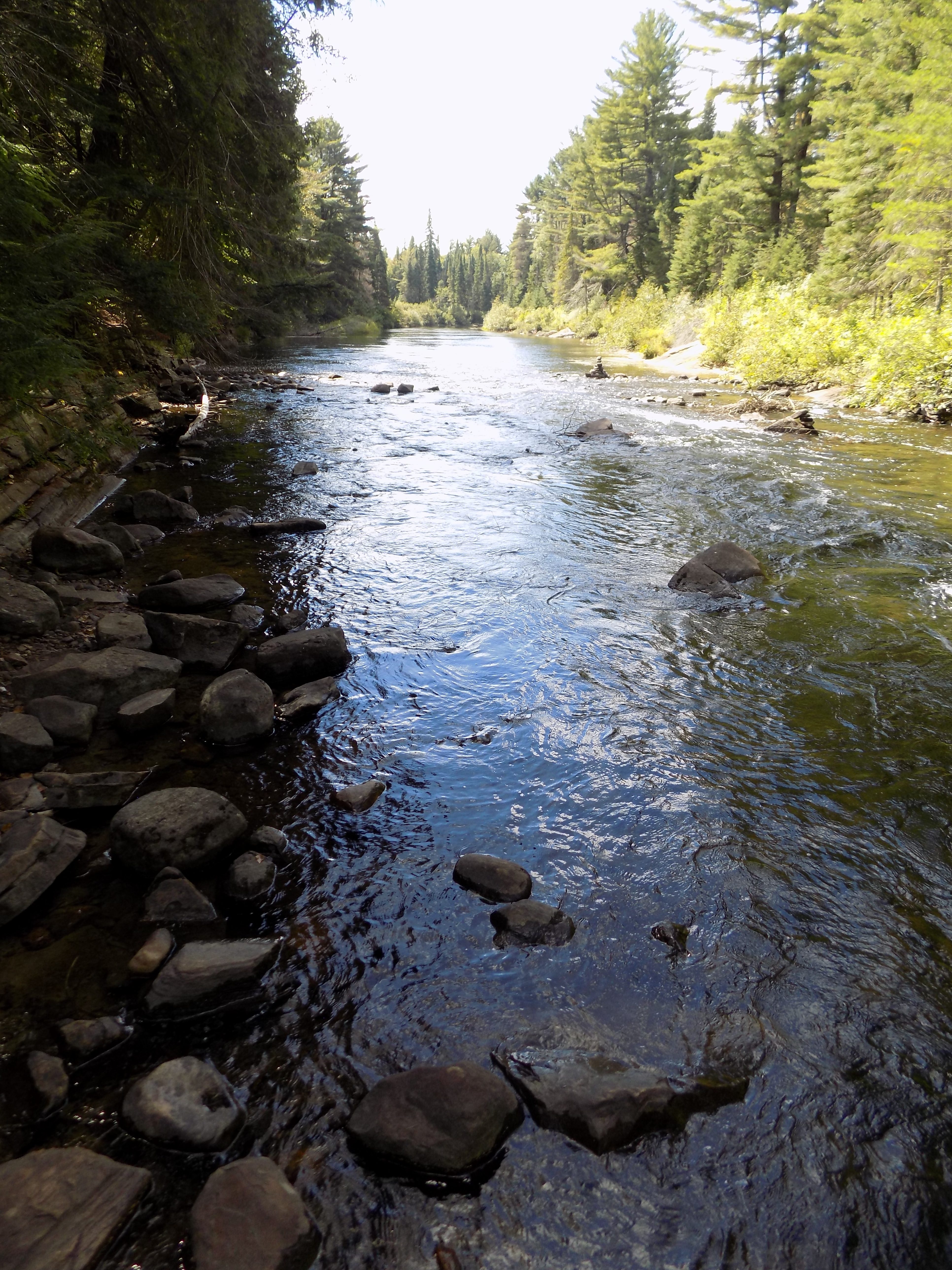