You can’t eat what you can’t find: how substrate influences egg predation rates by an invasive species

One of the most challenging periods of a fish’s life is centered around reproduction. Many species approach reproduction through nest building. It is generally the males that are tasked with finding territory, building a nest, attracting females, and then caring for the offspring (Figure 1). This is a considerable amount of effort and male fish often sacrifice their own fitness to better the chance of their offspring’s survival. Despite this effort, fish eggs and fry still get predated on as they are in the most vulnerable stage of their lives. However, other fish species do away completely with this nest building and guarding approach. Broadcast spawners, such as some trout species (Salmonidae), as well as muskellunge (Esox masquinongy) and northern pike (Esox lucius), lay their eggs freely in spawning grounds and leave. Unsurprisingly, these eggs are much more vulnerable to predation, however many are laid which allows a few to survive this perilous life stage. 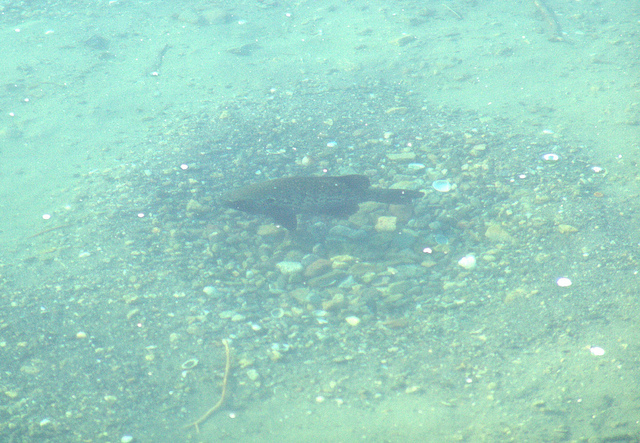 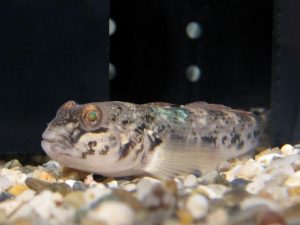 Invasive species are a great concern as they can detrimentally impact the reproductive success of native fish species. The round goby (Neogobius melanostomus; Figure 2) is one such invasive fish that originates from the Ponto-Caspian region of Europe. Round gobies in the Great Lakes are known to predate on the eggs and fry of native fish species such as smallmouth bass (Micropterus dolomieu; Steinhart et al. 2004). Nest building generally occurs in specific habitats and substrates that are species dependent, but broadcast spawning may allow for eggs to settle over a variety of substrates. Researchers from the State University of New York College of Environmental Science and Forestry were interested in how different substrates could affect egg predation by round goby on two native fish species, northern pike and muskellunge (Miano et al. 2019).

To test this, they conducted a simple lab experiment where they selected seven substrate types ascending in complexity: bare tank bottom, silt, sand, rubble, gravel, filamentous algae, and submerged aquatic vegetation (Figure 3). Thirty artificially fertilized eggs from either northern pike or muskellunge were added to each of the different substrates. Then, one round goby was added to each substrate tank and allowed to freely forage for 24 hours. To assess how many eggs were consumed, the substrate was sieved or inspected by hand to count the remaining eggs. Round goby fed equally on muskellunge and northern pike eggs despite the slightly smaller egg size of northern pike. However, as the complexity of the substrate increased, the predation rate of eggs decreased. When eggs settled into gravel, filamentous algae, or submerged aquatic vegetation, it is possible that they fell into hidden or inaccessible crevices, lowering predation rates. 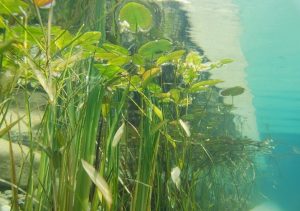 It is clear that habitats with complex structure provide the eggs some amount of protection from predation. The threat of introduction and establishment of invasive species is increasing in many areas. That means potential for more species that predate on native fish eggs. Ensuring complex habitats remain healthy and unpolluted may be imperative to protect native broadcast spawner populations from being decimated.

Steinhart, G. B., A. E. A. Marschall, R. A. Stein. 2004. Round goby predation on smallmouth bass offspring in nests during simulated catch-and-release angling. Transactions of the American Fisheries Society 133: 121 – 131.