We will rock you: Positive and negative impacts of shoreline stabilization through rock armouring

Every day as you travel home from work, you likely pass over a stream, river, or creek. Roads cross these flowing watercourses with the help of culverts, dams, and bridges. These structures, however, can change the natural flow of watercourses that can give the water enough force or speed to move parts of the ground (called erosion). This fast flowing water usually cuts underneath banks or along the sides of bridges and culverts, which can cause instability of these important structures. One method of preventing this from happening is placing large stones, called “riprap”, in the areas where water speed and force is likely to be high. The large stones bear the force of the water without moving, where smaller substrate, such as sand, mud, or gravel would be lifted and moved. While this method is useful at reducing erosion of important human infrastructure, it can impact key habitat for fish. 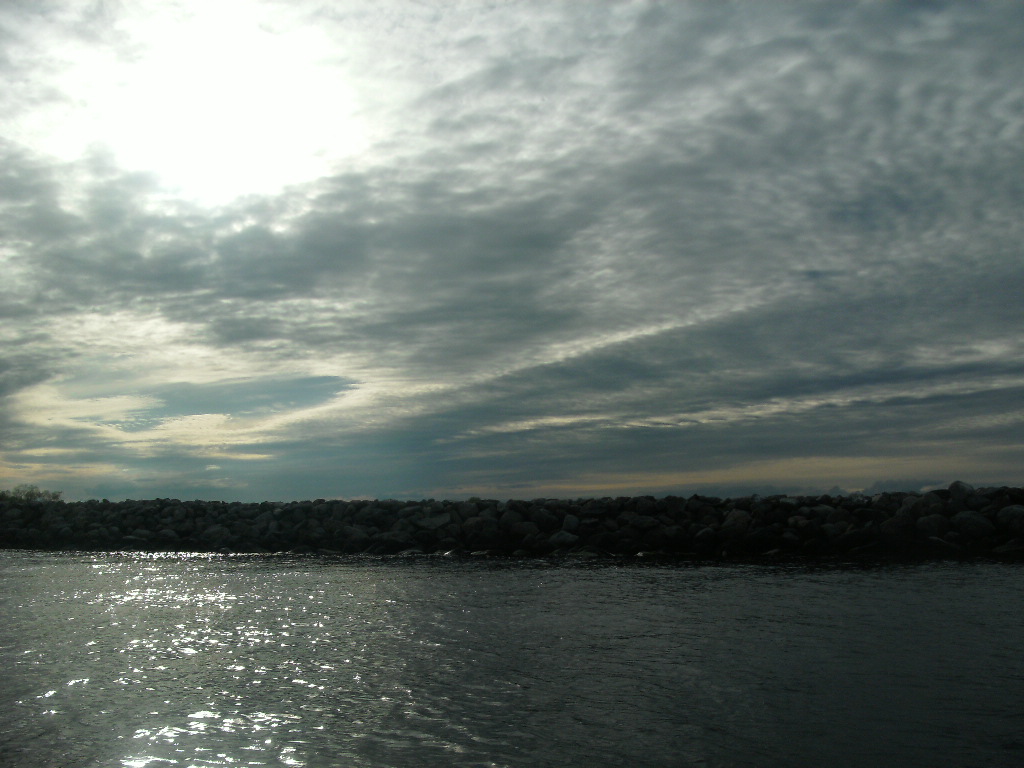 An image of an armoured shoreline, in Lake of the Woods, MN. Photo Credit: Adrienne McLean

Placement of large stones along stream banks can impact habitat characteristics such as water flow and vegetation. The way water flows through the stream affects eddies and turbulence important for predicting how fish can or will use the area, and the amount of vegetation that grows on the bank impacts shade, prey availability, and water temperatures. These characteristics are important because they affect how a fish can use this habitat for their life processes, such as spawning, rearing their young, or feeding. 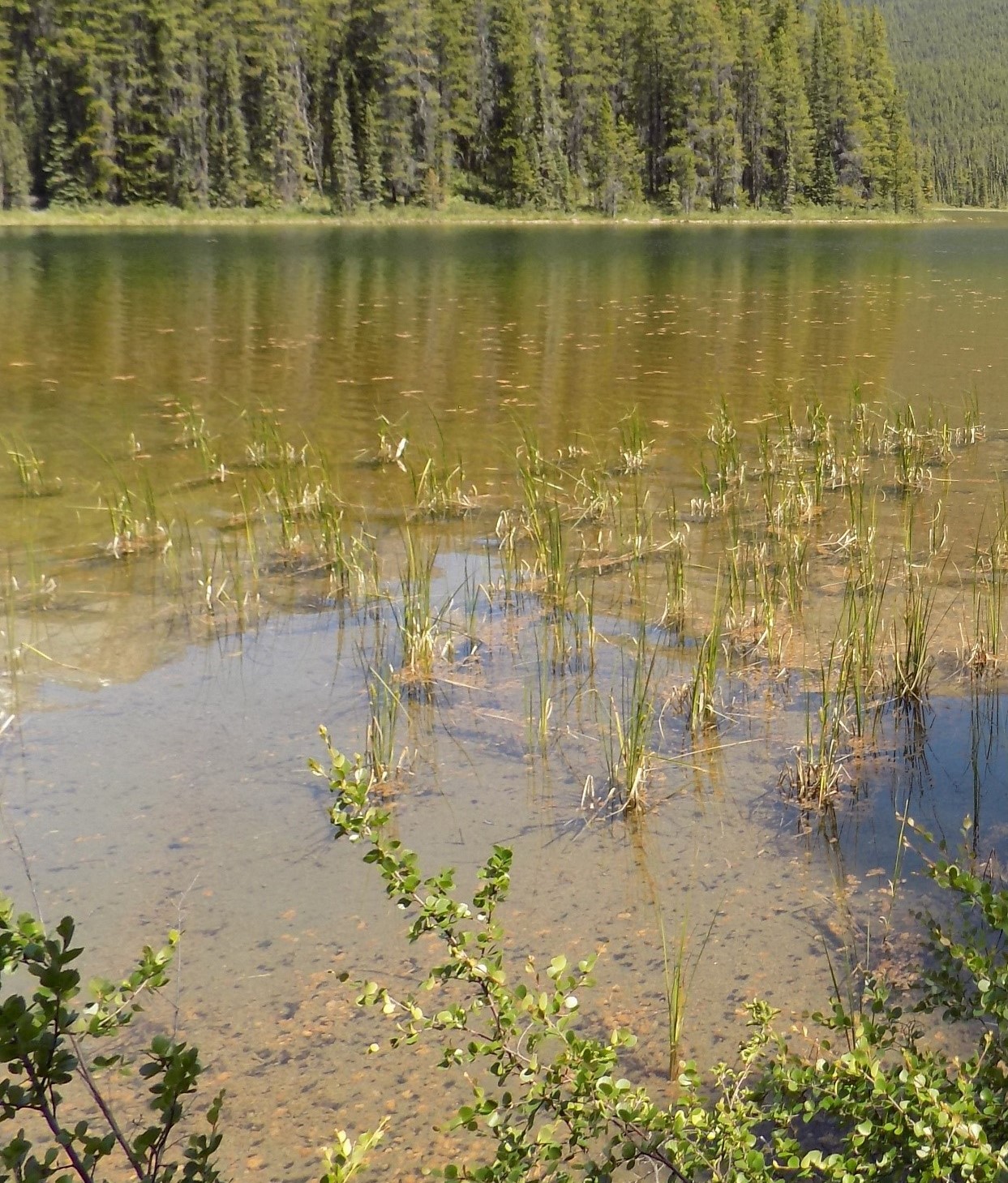 Researchers from Concordia University in Montreal, Canada aimed to assess the impacts of this large stone, or riprap, to stabilize banks of small streams that also serve as fish habitat. These streams were located in Quebec (Canada); one area with more natural and complex habitat important for supporting the complex life cycles of many fish (Appalachian highlands) and the other area with more impacted habitat (Saint Lawrence Lowlands) that offered little diversity. The researchers expected that areas of stream that had been riprapped would be lower quality than those that had not been riprapped in the less impacted Appalachian highlands because it would reduce habitat available for certain life stages of some fish species, such as breeding fish that require aquatic plants to lay their eggs. They also predicted it would lead to less shade as plants along shorelines would be replaced with large stone. Alternatively, the researchers expected that areas with riprap would increase habitat quality in the more impacted Saint Lawrence Lowlands because it would make this habitat more complex by adding hard substrate and faster flows to an area generally dominated by little water movement and small substrates. 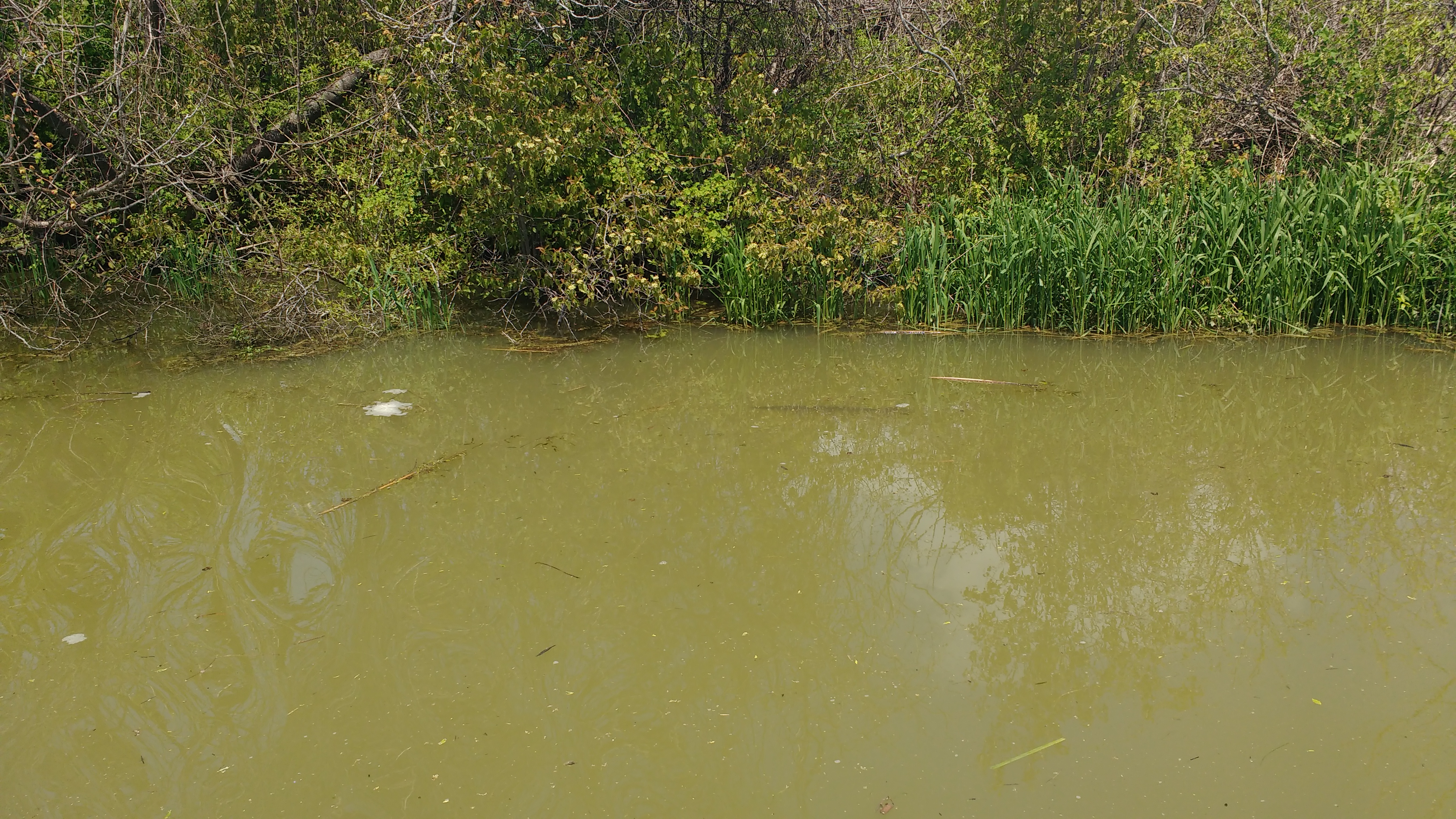 Spotted Gar, like the one shown by the silhouette in the photo, require aquatic vegetation for spawning. They can often be seen in groups of two or more in vegetation near shorelines during the spawning season. Photo Credit: Adrienne McLean.

To test this, the researchers looked at 27 sites, each with an area that had received riprap for stabilization and an area that had not received any riprap. The group then compared habitat quality between sites with riprap and those without. What they found was that areas receiving riprap in the more impacted Saint Lawrence Lowland were higher quality than those without riprap because they were more complex. In particular, areas that were typically low flowing stagnant pools without riprap were faster flowing riffle areas when riprap was added. These faster flowing areas provide good spawning habitat for some species because they provide areas that eggs can be laid where they won’t be smothered by sediment that is often carried in water. The researchers also found that riprapped areas in the more natural Appalachian highlands tended to be of lower quality habitat because these areas had fewer shade-providing plants along streams, creating warmer water in areas with fish species that depend on cold water.

Overall, these results suggest that the impacts of armouring shorelines to stabilize them could be considered positive if the habitat is already heavily impacted, while placing stone in areas that are complex and somewhat natural may reduce habitat quality. This emphasizes that it is important to consider the current state of aquatic habitat before areas are stabilized using riprap or large stone.