Thousands of reservoirs have been constructed across the United States and Canada for water storage, flood control, generation of electricity, and recreation. Reservoirs are dammed rivers that have features (temperature, current, and habitat) that are different and many times change more often than natural lakes. This affects, among other aspects of fish ecology, habitat. Large reservoirs, like many found along the United States-Canada border, have complex hydrological characteristics. Relatively large water level and temperature changes are common among these reservoirs. Reservoirs are typically used for hydropower and/or irrigation where water levels can be drawn down at unnatural times of the year, changing habitat availability and quality. These types of reservoirs are often supplied with water from multiple sources that can change the temperature due to snow precipitation or drought. These water level and temperature changes have been shown to affect the success and timing of shallow spawning fish such as walleye (Sander vitreus; Figure 1). 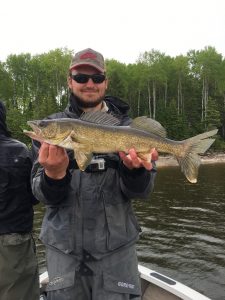 Figure 1. Walleye from an Ontario borreal reservoir. Credit: A. Vaisvil

Walleye are a popular sportfish across north-central North America, being economically important as a food fish, and in many cases culturally important as well (Figure 2). These members of the perch family (Percidae) have been well studied in natural lakes; however, studies investigating reservoir related effects on walleye reproduction are scarce. Walleye spawn in shallow water on gravel, cobble, or rubble (Figure 3) with adequate dissolved oxygen. Dropping water levels can dry eggs out or destroy them by wave action. Rising water levels may expose eggs to water lacking adequate oxygen or colder water, stunting growth or causing mortality. Jason Papenfuss, Tim Cross and Paul Venturelli from the University of Minnesota and the Minnesota Department of Natural Resources and University of Minnesota, respectively, compared two reservoir management policies. They compared the 1970 rule curve and the 2000 rule curve, which were put in place by the International Joint Commission (ICJ) based on expert advice about how water-level management can best serve the ecosystem within these large reservoirs. A rule-curve is a water management plan that dictates minimum and maximum water levels. The reason for comparing the 1970 and 2000 rule curve is that the 2000 rule curve was put in place specifically to improve the reproduction of multiple fish species in several boreal reservoirs along the Minnesota-Ontario border. 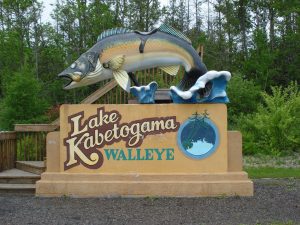 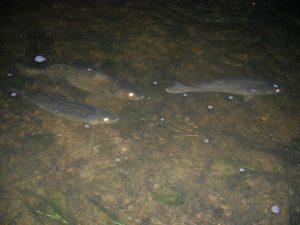 In spring 2012, spawning surveys were conducted in three large reservoirs called Kabetogama, Namakan, and Sand Point Lakes (Figure 4) with scap nets (Figure 5) to determine whether walleye eggs were present. The same locations were surveyed in 2013 and 2014. The investigators measured substrate sizes at multiple spots within each of the 44 study sites to determine the suitability for walleye spawning. Depths of the walleye eggs were recorded and spawn timing was broken up into three stages: initiation of spawn, peak spawn, and peak hatch. Spawning extended from ice-out (when walleye begin spawning) to swim-up of the walleye larvae, i.e., when hatched larval fish swim freely off the bottom. The two rule curves under investigation were compared to each other using observed water-level data as well as with water-level variables derived from a computer model to eliminate criteria the rule curves do not account for such as rainfall and drought. 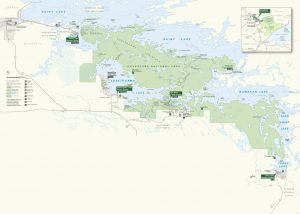 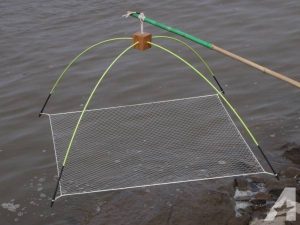 The apparent benefits of the 2000 rule curve that this study highlights does not mean that water management policies are beneficial to habitat or walleye populations. Spawning can occur at different times in the spring depending on climate, weather, and water conditions that vary considerably each year. It is important to acknowledge that a tiny percentage of the total possible spawning habitat was studied. This means only a small snapshot of these reservoirs was taken to get an idea of the rule curves’ effects on spawning habitat. Nevertheless, this study demonstrates there is some evidence that the 2000 rule curve provides walleye with more suitable spawning habitat than the 1970 rule curve. Presently, the 2000 rule curve is being evaluated to determine if it can be further improved to maintain water levels suitable for hydrologic, hydraulic, cultural, economic, and environmental factors.