Timber! How letting trees fall into rivers may help native fish thrive but not invasive ones

Round gobies (Neogobius melanostomus) are a small bottom 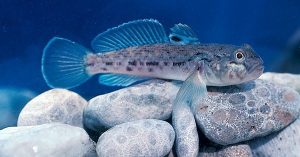 Figure 1. A round goby perched on some rocks. Photo: David Jude, lakescientist.com

dwelling species of goby native to the Black and Caspian Sea regions of Eastern Europe (Figure 1).  Although they are best known in North America as an invasive species in the Great Lakes region, they have also become invasive in parts of Western Europe, especially in highly regulated rivers where natural habitat features have been altered or removed.  Round gobies do especially well on hard and flat substrates; owing their success in part to modified pelvic fins that are fused into a kind of ‘suction cup’ which they can use to cling to hard surfaces (Figure 2).  As a consequence, round gobies have shown some preference for man-made habitats in highly modified rivers where weirs, dam walls, and river bank armoring present plenty of hard and flat surface area for round gobies to persist in high densities.  Where round gobies exist in high numbers in Western European rivers, evidence shows that they displace many native fish species that utilize benthic (river bottom) habitat, including the endangered freshwater sculpin; the Chabot bullhead (Cottus perifretum). 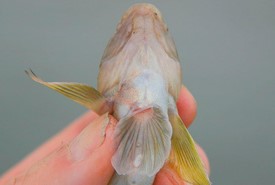 Figure 2. The underside of a round goby. Note the fused pelvic fins that form a ‘suction cup’. Photo: Peter van der Sluijs/Wikimedia Commons.

Rivers in Europe are quite different today from what they would have looked like historically.  Urbanization and deforestation across much of the continent has removed any possibilities for trees and logs to find their ways into rivers, which in natural settings act as complex three-dimensional habitat features and often promote native fish abundance and species diversity (Figure 3).  A team of researchers in the Netherlands lead by Martijn Dorenbosch wondered how round gobies would respond to the re-application of large woody habitat features in rivers where they have been removed.  Given what they knew about round gobies, such as their preference for hard and flat surfaces, they hypothesized that large woody habitat features might promote greater native fish diversity and abundance with minimal benefit to round gobies.

To test their hypothesis, the researchers introduced logs at sites within the River Lek, a tributary of the River Rhine, adjacent to sites where the primary habitat was flat basalt stones.  They monitored the use of four woody sites and four control sites (basalt stones) by both native fish and round gobies.  Over the 2 year study, they consistently observed significantly more round gobies at the control sites where basalt stones were the predominant habitat.  At sites where woody structures and logs were introduced, native fish appeared to move in very quickly and by the end of the study, significantly more native fishes were caught at the woody sites compared to round gobies. 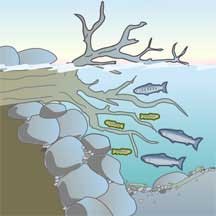 Figure 3. An illustration of how fish might use woody debris in streams for refuge. Photo: kingcounty.gov

The results of this study are especially encouraging for conservationists.  Reintroducing woody features into rivers and streams could be a cheap and low-impact way to promote native species diversity without facilitating round goby invasions.  However, as with most invasive species, additional control methods will likely still be necessary to effectively reduce their impact on native fishes.  In addition, the researchers noted that the woody habitats did not always increase numbers of native fish where they were present.  Most notably they saw that European eel (Anguilla anguilla) and ide (Leuciscus idus) were found in lower densities at the woody habitats in comparison to the control sites.  Therefore, additional study and monitoring of the fish community’s response to new habitat features will be necessary going forward in order to achieve the best conservation strategies possible.