Tampa, Florida hosted the 147th Annual Meeting of the American Fisheries Society – Fisheries Ecosystems: Uplands to Oceans this past August where a wide range of sessions that spanned interdisciplinary research and management approaches to improve aquatic resources were held. And it was fantastic. 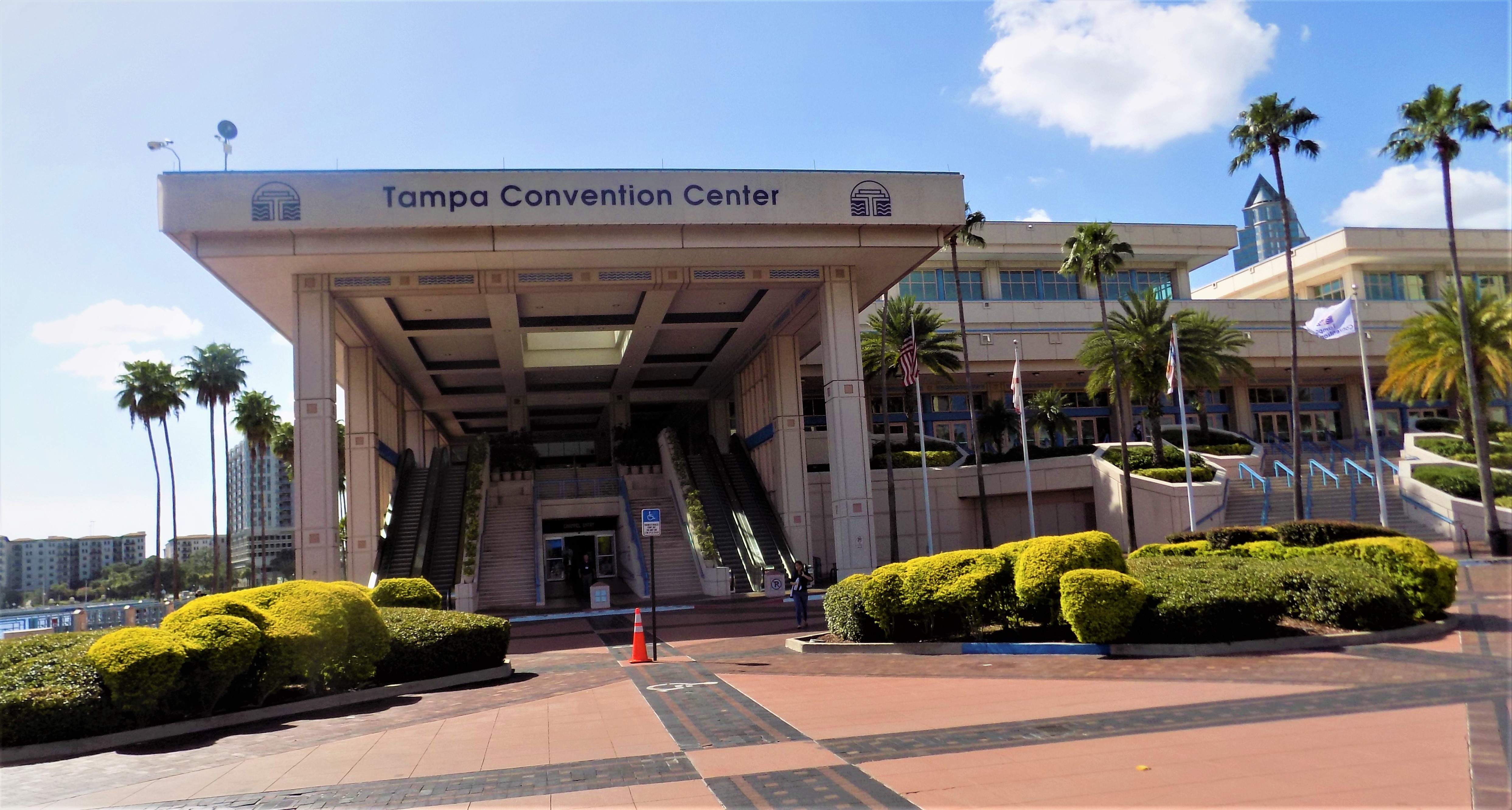 The Tampa Convention Center where the 147th Annual American Fisheries Society Meeting was held in August.

I touched down in Tampa a few days before the conference started. Besides the heat, humidity, and palm trees (I’m coming from Canada, bear with me), the first thing I noticed where the smiling faces and Florida-casual button-up shirts with fish patterns across them. I knew I was in the right place.

Besides a range of informative presentations and discussions, the annual meeting provided plenty of opportunities for fish-enthusiasts to gather and share knowledge and cold beverages. There was a Welcome Networking event held on the first day of the conference, several Trade-show and Poster sessions, a Cooking Demonstration and Tasting Opportunity of Florida’s Native, Non-native, and Farm Raised Seafood, a Student Mentoring Event, a Student Networking Event at Lowry Park Zoo, the annual Spawning Run and Carcass Crawl, and the Grand Networking Event at the Florida Aquarium. 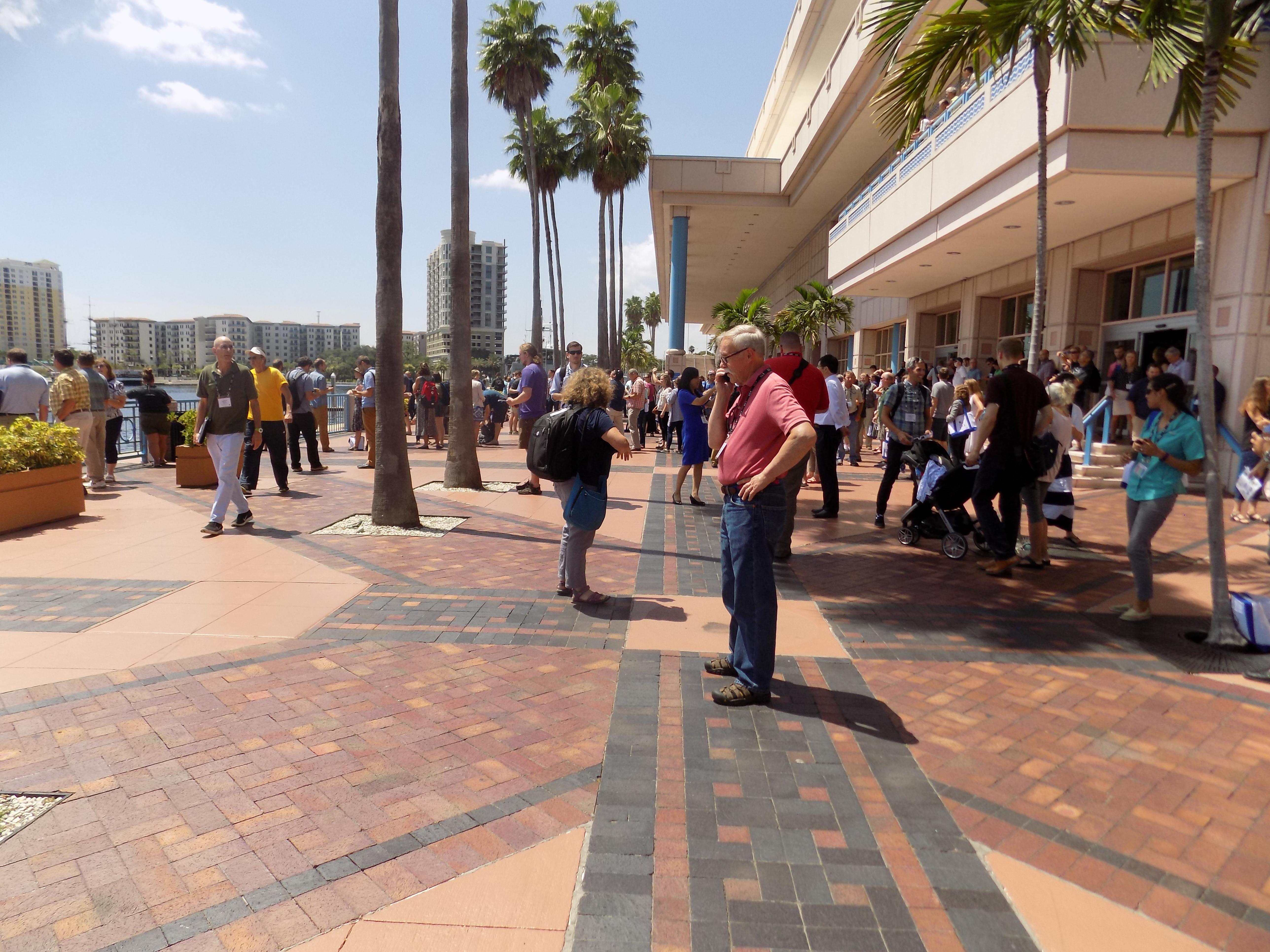 Attendees of the AFS annual meeting gather out on the Convention Center steps to view the partial solar eclipse on Monday afternoon.

Let’s also not forget that an ~81% solar eclipse occurred from around 2-3 PM on the first day of presentations, Monday, August 21. Presentations were scheduled so that none were presenting at the peak of the eclipse. Conference goers gathered outside of the Tampa Convention Center to witness the event, share certified and safe solar eclipse glasses, and talk about this spectacular and rare event that brought everyone together outside on the steps of the convention center. 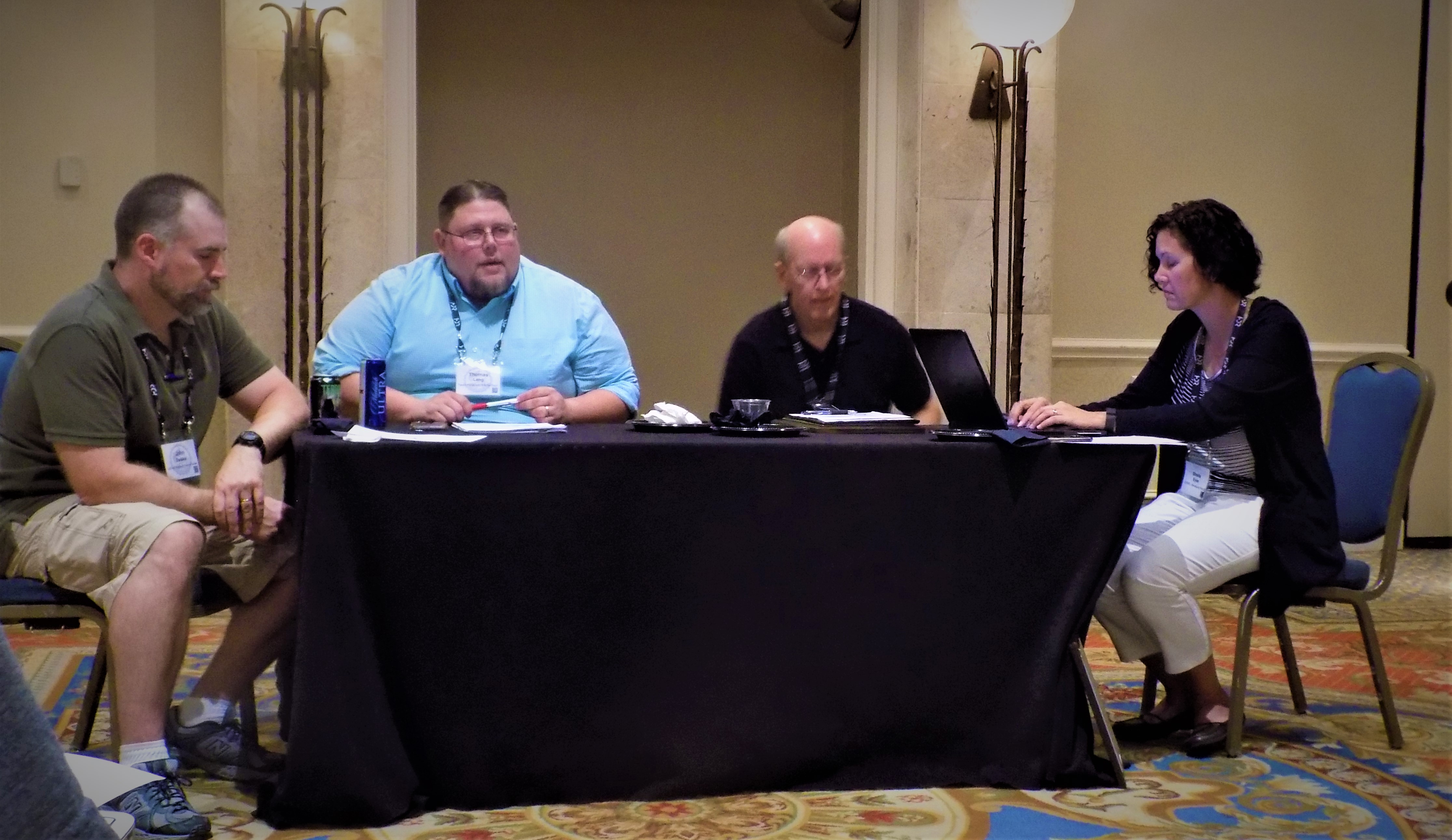 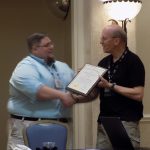 The Fish Habitat Section (FHS) joined with the Water 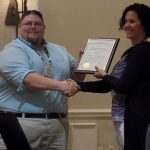 Quality Section to hold their annual Business Meeting the evening of August 22, with a total of 29 attendees present. FHS sponsored 8 symposia this year, and awarded one student that presented in one of these symposia with the Best Student Presentation Award.

Additionally, Sheila Eyler has moved on from her role as Secretary/Treasurer, which will now be filled by Michael Porter. Kimberly Dibble has stepped into the position of President-Elect. 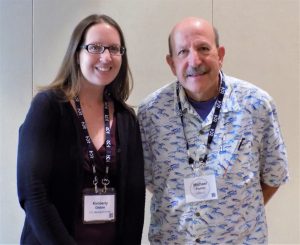 We hope you can join us next year from August 19-23 for the 148th Annual Meeting of the American Fisheries Society – Communicating the Science of Fisheries to Diverse Audiences. The meeting will be held in Atlantic City, NJ and is hosted by the Mid-Atlantic Chapter. The city offers an exciting list of things to do, and the meeting looks to be as interesting as ever. See you there!