The author would like to extend a special thank you to Avery Paxton for providing quotes, pictures, and video links that enriched the content of this post. 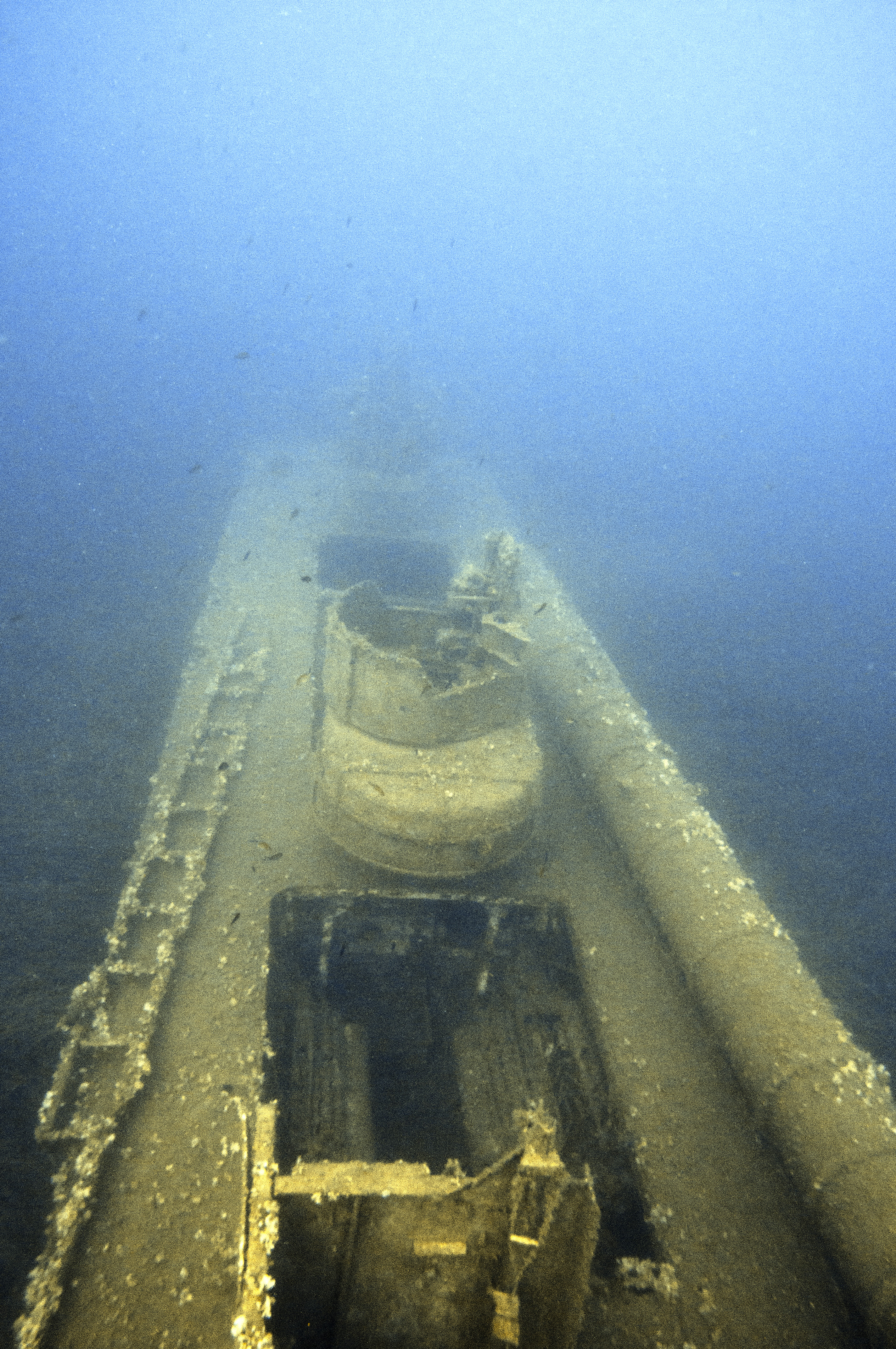 Artificial reefs come in a variety of shapes and sizes. Intentionally (and unintentionally) submerged ships are the most common type of artificial reef but standing structures such as bridges and drilling platforms also provide habitat. Today, several companies focus on developing and building artificial reef structures that are made out of a range of materials such as concrete, limestone, and metal. However, at a small scale, material can range from rocks and cinderblocks to Christmas trees.

An artificial reef can provide structure for reef-building organisms, such as oysters or corals, to settle and grow. Artificial reefs are also known to concentrate fish and provide substrate for a variety of unique invertebrates. Because of these factors, man-made structures may be focal points for activities including recreational fishing, snorkeling, or scuba diving. As such, reasonably accessible reefs can boost the local economy through increased tourism. Unfortunately, this economic benefit has also led to an increase of the illegal dumping of materials in an effort to form reefs. This type of unsupervised activity can have negative consequences, especially when it takes place in environmentally sensitive areas. It is important that trained professionals using proper materials are the ones who submerge structures in an effort to encourage the growth of artificial reefs.

When properly established, artificial reefs can be almost identical to natural reefs in their form and function. We know that fish and invertebrates may be attracted to reefs by chemical or auditory cues. For example, oyster larvae have been shown to be positively attracted to areas where an oyster reef has already developed. This positive association can serve a variety of roles such as signaling that the site has proper growing conditions.

“Reef fishes use their senses of vision, hearing, and smell to help decide what habitats they will live on. It is unknown, however, when presented with multiple options for habitats to live on, how fish use vision to select among their options. We wanted to answer this question since increasing numbers of human-made reefs are being introduced to ocean floors and offer fish an additional choice of habitat. Specifically, we tested whether visual cues affected how fish used an artificial reef.

Derek and I came up with the specific question of whether numbers of fish on an artificial reef could increase when exposed to a visual cue from an optical illusion. We crafted our experimental design over a particularly delicious team dinner at one of our favorite Albanian restaurants.”

Their experiment took place on an intentionally submerged torpedo boat located within Ksamil Bay in Albania. “In 2010, Albania established its first artificial reef project by purposely sinking five decommissioned ships to enhance fish habitat. [The] experiment took place on one of these five ships…” The vessel rests at a depth of 15 meters and had been in the water for about four years prior to the start of the study. They rigged a one-sided mirror adjacent to a gun turret on the stern end of the vessel and recorded total relative abundance using underwater video cameras. The turret is a large structure that rises about 2 meters from the deck and has a complex profile that may be particularly attractive for reef-associated species. 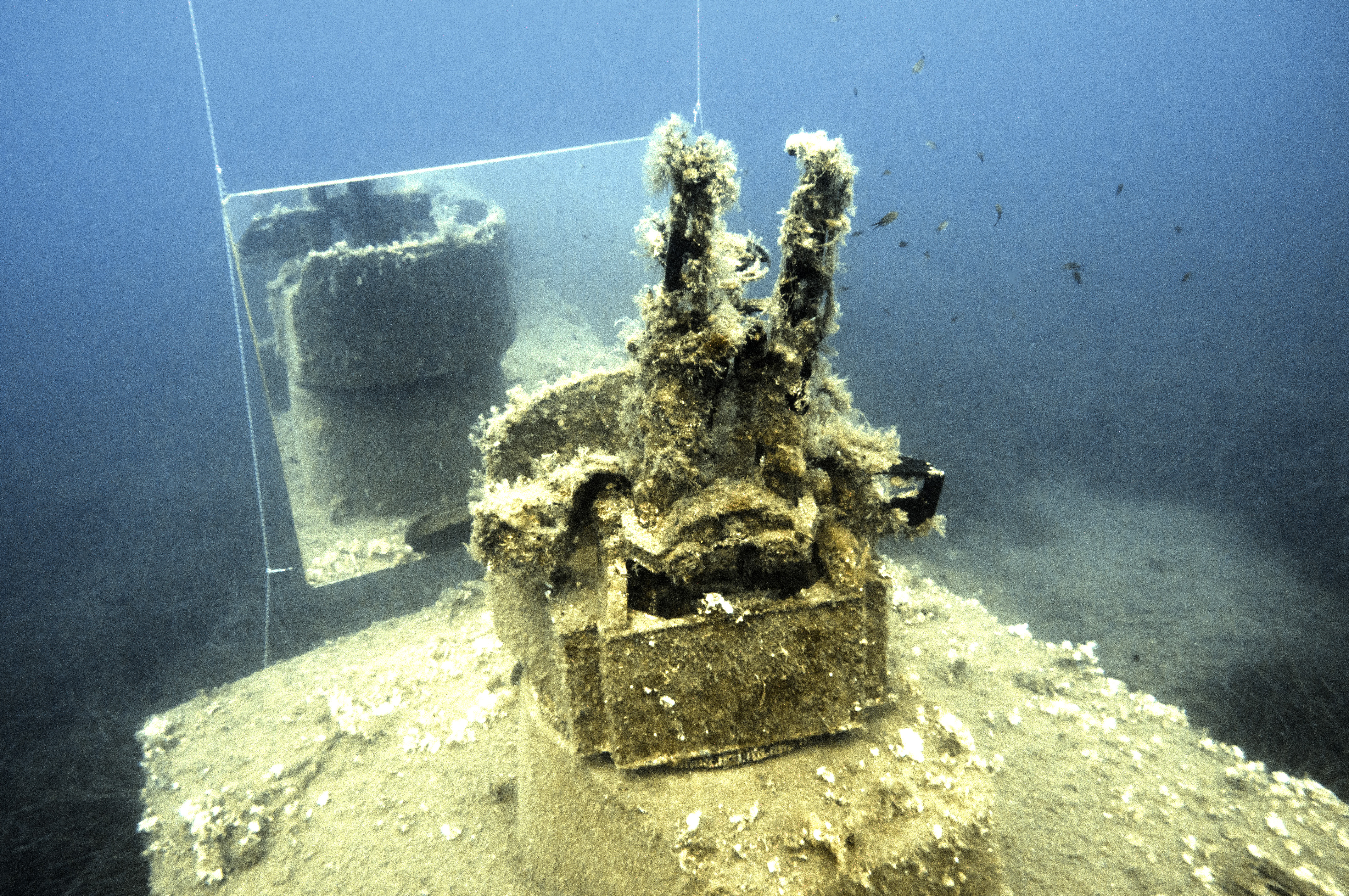 “Designing the rigging system to support these three experimental treatments was tricky. It was especially tricky since the mirror and transparent structures were both large (2 m x 1.5 m) and required multiple divers to position underwater. An additional challenge was to ensure that the rigging system was taut enough so that the structures remained stationary underwater.”

Throughout the experiment, Paxton and Smith observed eight different species of fish. Seven of these fish species are considered to be highly reef-associated and one species, Mediterranean Damselfish (Chromis chromis), is considered to be only transiently associated with reefs. When evaluating all eight fish species together, the abundance observed when the mirror was present did not differ significantly from either of the control treatments. However, schools of the Mediterranean Damselfish were present during the experimental trials and skewed the counts of total fish abundance. When Paxton and Smith evaluated the effect of adding the mirror against the fish species that are known to be highly reef-associated, they found a statistically significant increase in fish abundance. 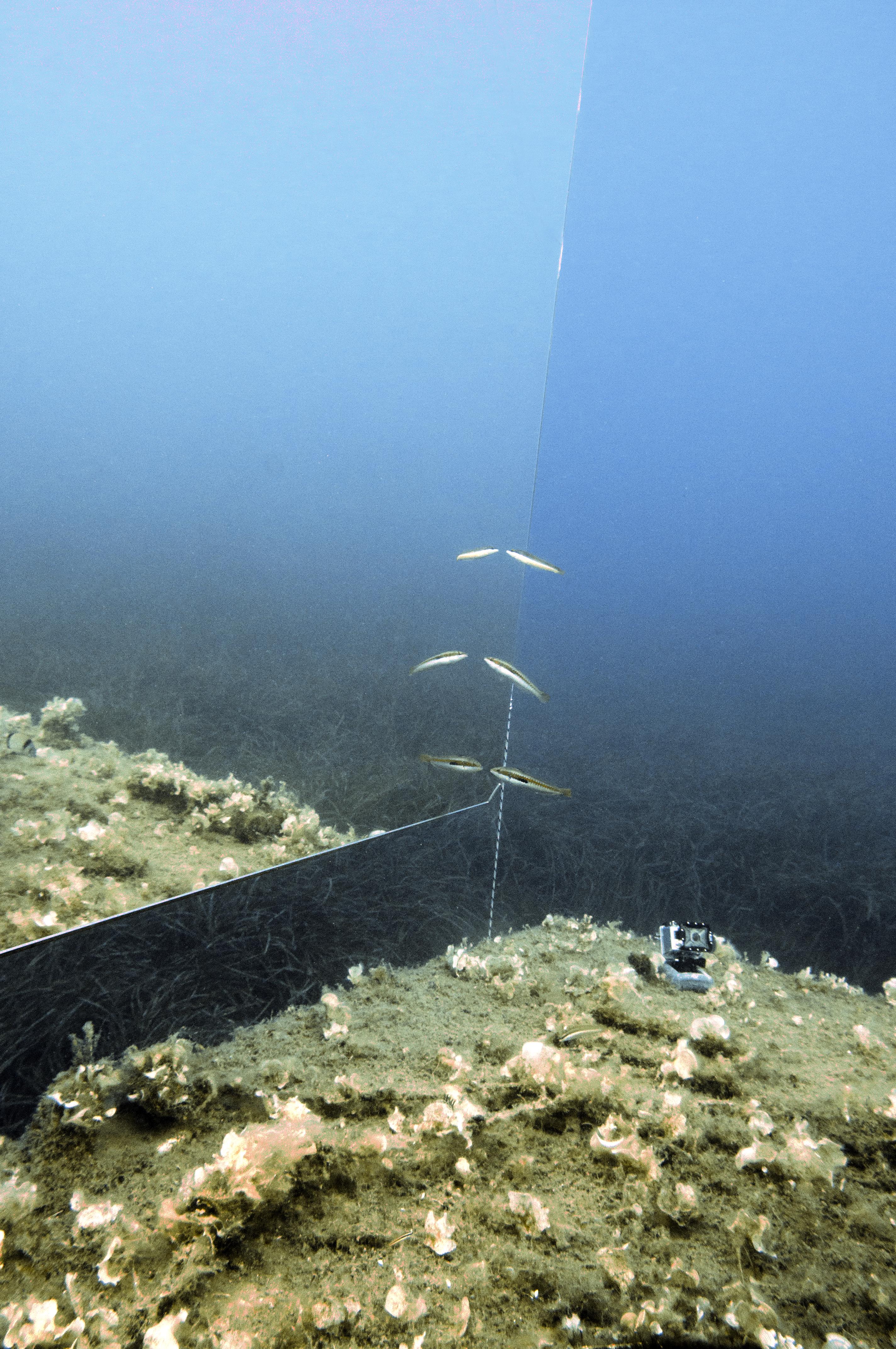 “Artificial reefs are often installed to enhance fish habitats. Our finding demonstrates that simple augmentations to these artificial reefs that provide evidence of more habitat and more fish may increase numbers of fish using these reefs. Future installation of artificial reefs should strategically focus on how to best optimize fish habitat to ensure that our reefs continue to support healthy fishes that coastal economies and cultures depend on.”

Additional reading: What is an artificial reef? by the National Ocean Service.