The ocean is filled with natural biogeochemical processes with different Dissolved oxygen (DO), pH, CO2, O2 and nutrient levels. The variability particularly increases as it comes closer to the coastal shelf from the open ocean. The natural variation in these zones makes suitable habitats for different organisms. At different times of the year, oxygen varies along the coast, sometimes completely depleted (dead zones) and sometimes oversaturated. Other than seasonal variation, different atmospheric events like the Pacific Decadal Oscillation (PDO), the North Pacific Gyre Oscillation (NPGO), the El Niño-Southern Oscillation (ENSO) and La Niña can affect the biogeochemistry in certain regions. Such natural variability can be well observed along the west coast of America on differing spatio-temporal scales. Some of the regions in southern California, particularly the Southern Californian Bight (SCB), have permanent dissolved oxygen minimum zones (OMZ) and carbon maximum zones along the continental slope that make them particularly vulnerable “hotspots” of future climate change.

In the event of climate change, highly vulnerable regions include coastal zones with limited oxygen creating hypoxic habitats for marine organisms. Hypoxic habitats are oxygen-limited zones (OLZ) which lay above and beneath the OMZ (DO concentration < 60 micromols/Kg; Fig.1). 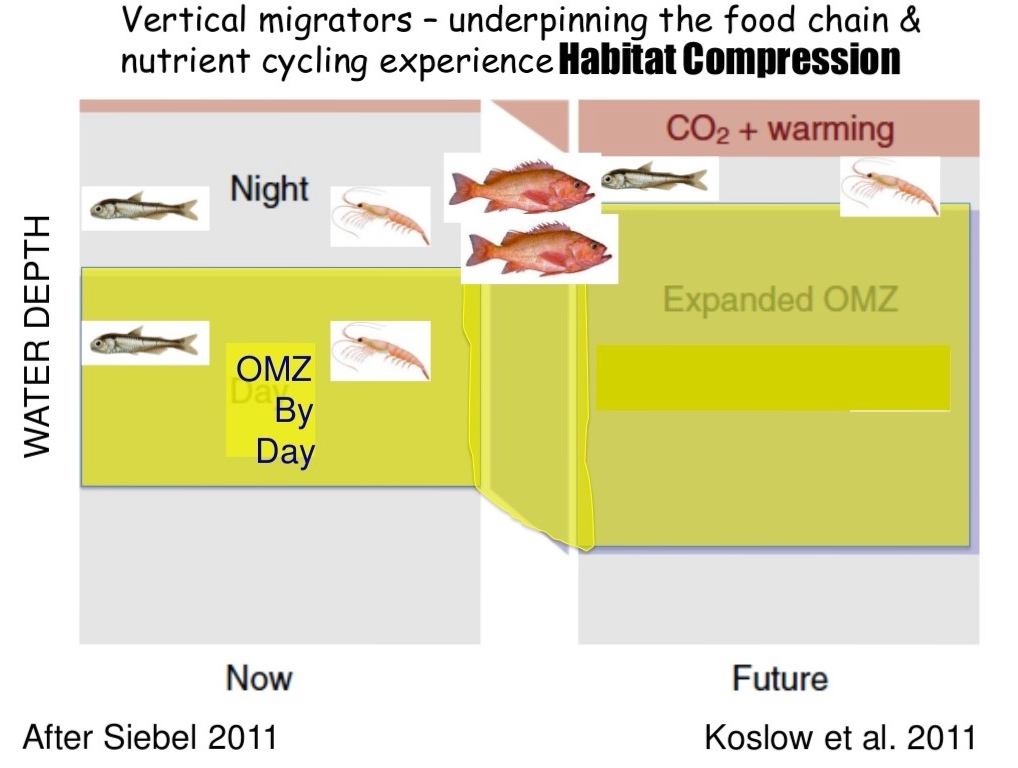 These changing coastal zones chemistry are leading toward a new phenomenon called vertical habitat compression (Fig. 1).  In this scenario, species started limiting their habitat vertically depending on the oxygen concentration. This phenomenon is studied by Dr. Sato and colleagues in the SCB region with five species of sea urchins. The SCB region is undergoing an expansion of the low oxygen zone due to a microbially mediated remineralization process leading towards ocean acidification. There are studies which demonstrate correlations between fish diversity and midwater DO influence by multiple climate indices (ENSO, PDO, NPGO, etc). During their nineteen-year study (1994-2013), they investigated depth distribution and density estimates from 1994 to 2013 using trawl sampling techniques. 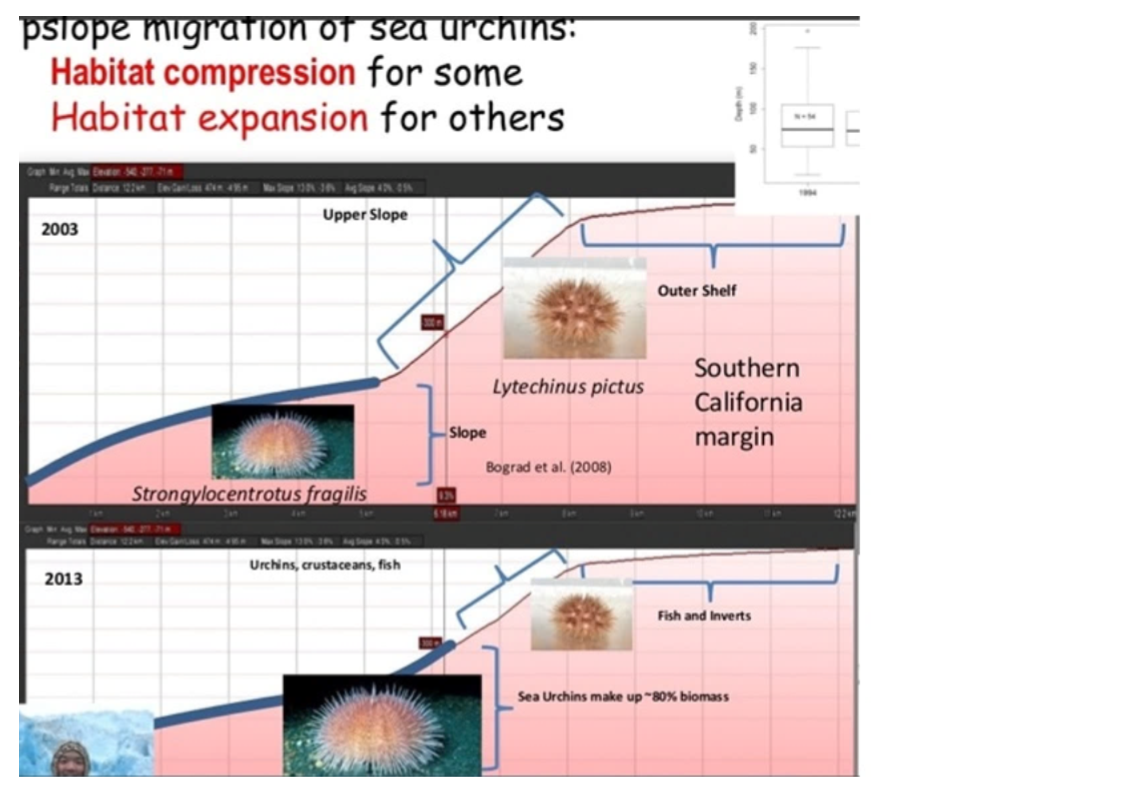 According to their findings, Dr. Sato and colleagues suggested that the deep-dwelling urchin species may have experienced habitat expansion into the upper 500 m of the water column. Whereas shallower dwelling urchin species may have shifted in the upper 200 over the past 21 years as a result of climate change when compared with other older studies (Fig. 2). Changing habitat zones can lead to higher vulnerability of predator attacks as well as increased bycatch, which can ultimately affect the population dynamics of these economically important species. Also, coastal zones are highly influenced by local pollution and other contaminants, which can affect their population size.