If You Build It, Oysters Will Come

Oysters are a popular delicacy for many people throughout the US and around the world. This is partly due to the edible bivalve building shallow water reefs in coastal areas that are easily accessible for harvesting by fishermen. In the US, the history of harvesting extends back thousands of years as evident from shell middens (an archaeological feature containing household waste from a village or home; provides a record of the type of food consumed and insight into tools that were utilized at the time). Throughout the 1800’s in New York City, oysters were primarily consumed by the working class due to their availability and inexpensive cost. As oysters grew in popularity, the demand started to exceed the capacity of the native oyster reefs and cultivation was developed. By early 1900, most of the oysters stocks were destroyed through disease from introduced species or increased sedimentation due to increased erosion from development, or were too polluted to consume (wastewater treatment was primitive or non-existent). As a result, the oyster population collapsed and the food source that was once a near-daily meal for the working class shifted to an expensive treat for the wealthy. 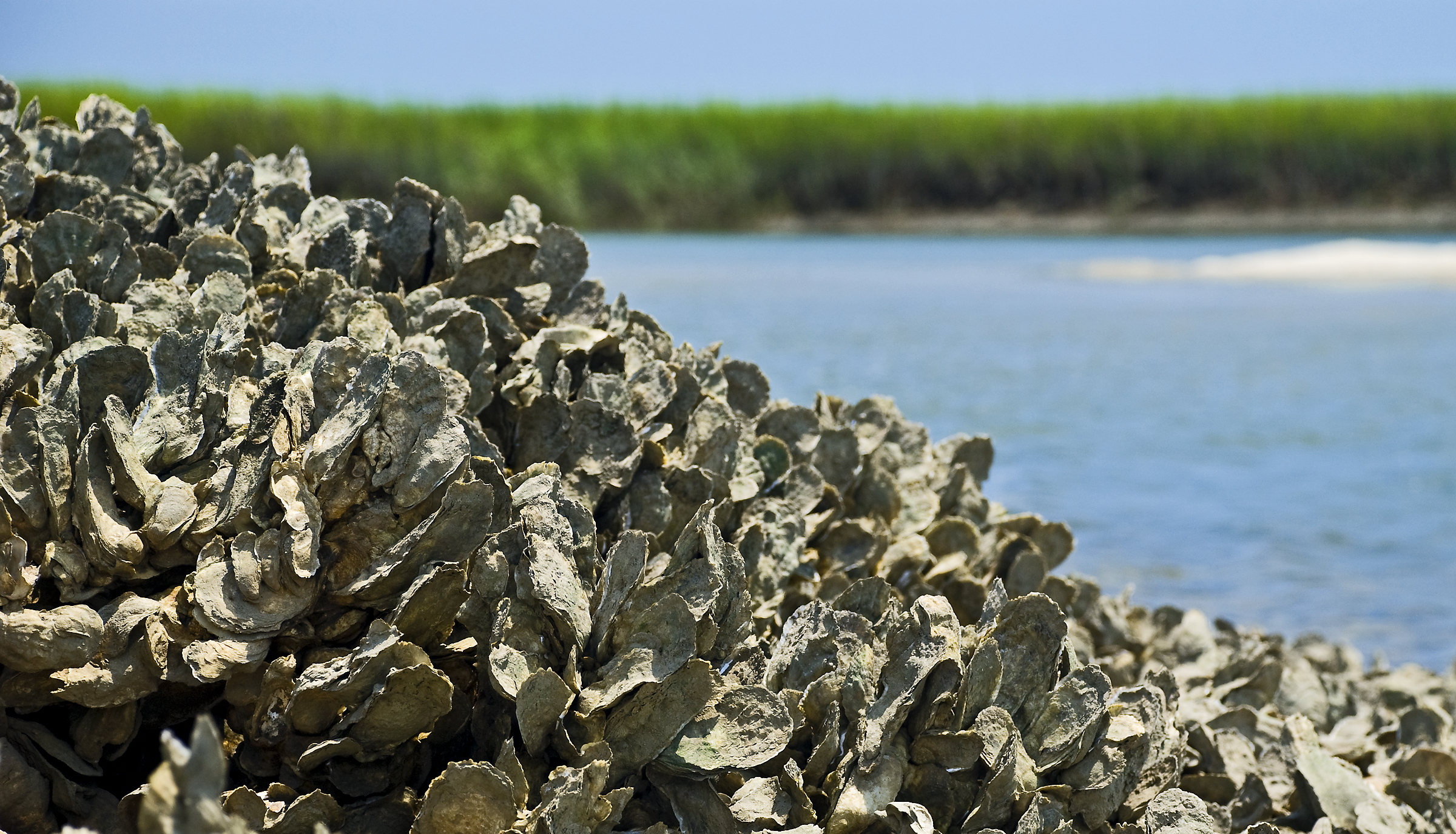 The rise and fall of the oyster population seen in New York City is analogous to other regions in the US as well. Today, reef restoration techniques are used in many areas in an attempt to rebuild the natural oyster populations. The first step in the oyster life-cycle is a free-swimming larvae suspended in the water column. After these young oysters mature through several steps, they are ready to settle onto a hard substrate. Juvenile oysters tend to settle towards other oysters that are already established in a reef, which is why you will often see oysters growing on top of one another in a natural setting. Restoration projects utilize this settlement cue to attract juvenile oysters to particular substrates in order to build artificial reefs. 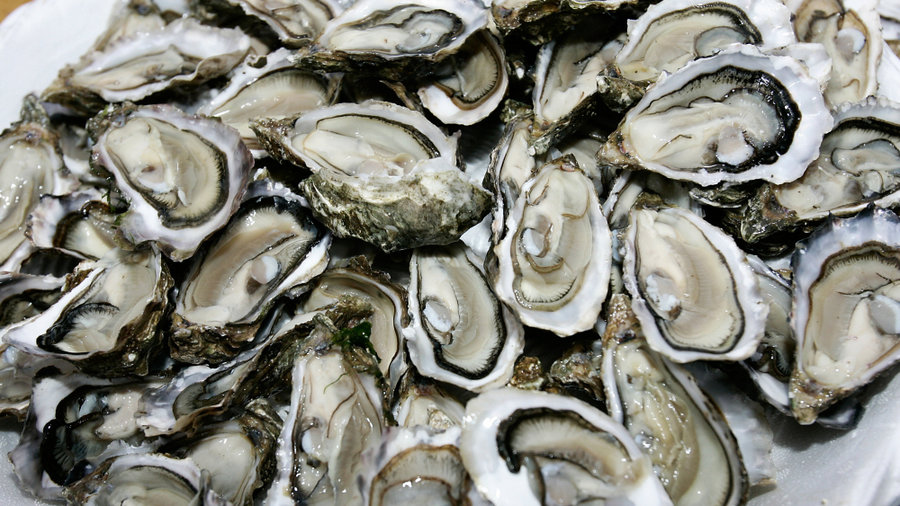 Oysters on the half shell – a common delicacy in the US (Photo credit: Jean-Pierre Muller/Getty Images).

A recent study conducted in the Mission-Aransas Estuary in South Texas compared four different types of substrate (concrete, river rock, limestone, and oyster shell) to assess settlement and density of oysters and other reef-associated species. They also conducted a cost-benefit analysis to determine which substrate provided the highest yield. This study is important for providing information that managers can use to plan restoration projects and aim to maximize their investment.

While this research demonstrated that all four types of substrate attracted juvenile oysters, there was a difference in how the reef community developed on each substrate. Many species of crab, shrimp, and fish use oyster reefs for habitat and shelter. Restoration goals may include providing habitat for these species in addition to building oyster populations. The cost-benefit analysis showed that concrete substrate provided the highest benefit for oyster abundance. However, both concrete and oyster shell showed higher benefit for other reef species. The oyster shell may be providing a more natural type of substrate that the fish species prefer while the rough concrete may create water turbulence that influences oyster settlement. This study provides an example of why it is important to not only consider monetary trade-offs when designing a restoration project, but that it is also necessary to consider the ecological trade-offs.