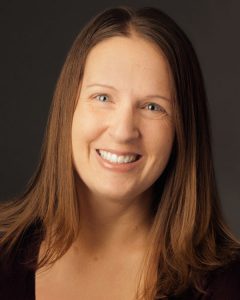 Kim has a unique educational background in both applied science and public policy, with a MA in Marine Affairs (2004) and a PhD in Biological and Environmental Science (2012), both from the University of Rhode Island. Her first career position was with the NOAA Fisheries Office of Habitat Conservation, where she supported regulatory efforts to promote habitat protection and restoration of coastal habitats and efforts to ensure successful diadromous fish passage around hydropower dams. Her doctoral studies were focused on the effects of tidal restrictions and plant invasions on energy flow through salt marsh food webs including how marsh health influences the physiological condition of fish. She now works as a Fishery Biologist for the USGS Southwest Biological Science Center, Grand Canyon Monitoring and Research Center in Flagstaff, AZ, where she started as a postdoctoral fellow in 2013. Her current research program investigates how dam management practices, specifically their impact on flow and water temperature, influence introduced salmonid population dynamics in regulated rivers across the western United States. She also uses biochemical indicators to quantify the influence of anthropogenic and natural stressors on fish physiology, life history patterns, and food webs. She has published in numerous scientific journals, served on proposal review panels, acquired funding from a variety of entities, given scientific presentations to broad audiences, and mentored undergraduate students and research technicians. When she is not working, Kim enjoys hiking, biking, and skiing with her husband Nathan, children Owen and Audrey, and Labrador retriever Gunner. 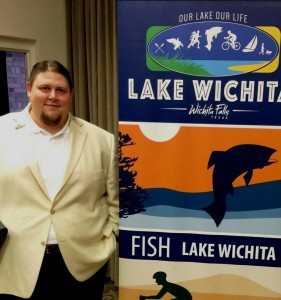 Tom Lang is the Wichita Falls District Fisheries Supervisor for the Texas Parks and Wildlife Department. As a part of his duties at TPWD he has helped establish three Chapters of Friends of Reservoirs to conduct projects to enhance, restore, and revitalize fish habitat within his District’s reservoirs. Most notably he is helping to lead a team of dedicated volunteers and partners to conduct a holistic lake revitalization of Texas’ 3rd oldest lake, Lake Wichita. Tom is a certified Fisheries Professional and has been a dedicated and active servant of AFS at all levels. Tom served the Purdue Sub-Unit as Secretary/Treasurer, Vice-President, and was awarded their Outstanding Member Award. He served as President of the Purdue Forestry and Natural Resources Department Student Council. He served the UAPB Sub-Unit as Vice-President and President. Tom has served on several AFS Society-level committees including the External Affairs, Executive Director Succession, Membership Concerns, Nominating, and Management Committees, and Special Committee to Enhance the Fisheries Profession. He served on the planning committees of the 137th and 143rd AFS Annual Meetings, the 2nd International Catfish Symposium. Tom has served as President of the Aquatic Resources Education Association. He is a Past-President of the AFS Socioeconomics Section. He currently serves on the Board of Directors for a non-profit dedicated to keeping families fishing, “Fishing’s Future.” He currently represents AFS on the National Fish Habitat Partnerships Board. Recent honors include being named to the 2015 Times Record News “20 Under 40”, the Lake Wichita project being named to the 2016 “10 Waters to Watch” by the National Fish Habitat Partnership, he was named an inaugural “Friend of Reservoirs” in 2016 by the Reservoir Fish Habitat Partnership, and received the 2017 Outstanding Fisheries Worker Award in Fisheries Administration by the Texas Chapter of the American Fisheries Society. Aside from fisheries, the true love of Tom’s life is his wife Vanessa and their four children, Hunter, River, Fisher, and Meadow. He also enjoys hunting, fishing, and coaching youth wrestling. 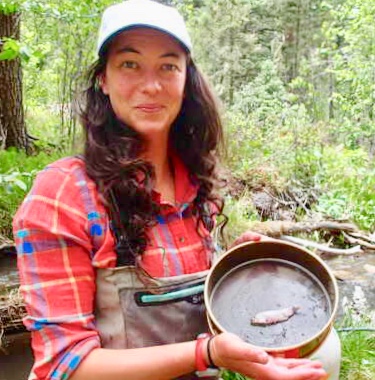 Lauren is an MSc student at New Mexico State University and a US Fish and Wildlife Service Directorate Resource Fellow. Her thesis research investigates the impacts of Brown Trout on Rio Grande Cutthroat Trout using a production framework.