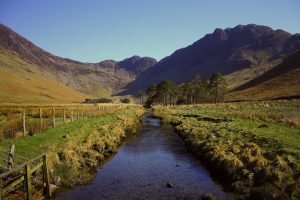 Figure 1. Example of a watershed surrounded by agriculture. Image from http://www.aglaw.us/schroeder-ag-law-blog/

Aquatic habitat degradation is an increasing problem as we continue to encroach on aquatic ecosystems for industrial, agricultural, and urban expansion. These ventures cause increased levels of pollutants, nutrients, and sediment to enter watersheds, which can negatively affect both the behaviour and physiology of the animals living there, for example. Degraded watersheds have poorer water quality and provide fewer foraging opportunities for animals, both of which adversely affect fish. However, particular effects vary across individuals and species. Differences in the ways with which species deal with degradation can have major impacts on entire ecosystems, altering the success of animals which live there.

One way of assessing the effects of habitat degradation is by measuring indicators of fish health, such as cortisol levels. Cortisol is the major stress hormone in fish and elevated levels of cortisol often indicate stress— which negatively impacts growth, reproduction, and survival. Another way of assessing fish health is to measure their ability to deal with short-term stressors. An inability to mount a stress response suggests a reduced ability to deal with stressors, which can also affect survival. 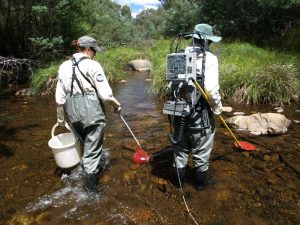 A recent study led by Gregory King and colleagues out of the University of Illinois at Urbana-Champaign assessed the effects of habitat degradation on several fish species – largemouth bass, white suckers, brown bullhead, pumpkinseed sunfish, and logperch. Degraded and control streams were determined through land use characteristics. The control stream contained 40% wetland and forest, while the degraded stream had <10% wetland and forest coverage and was surrounded by mostly agricultural areas. The degraded stream also contained high levels of phosphorus, signs of fecal contamination, as well as high levels of E. coli – all common signs of a degraded habitat. Fish from both sites were caught via electrofishing, and were either used to measure resting stress levels or their response to a stressor. Baseline levels were gathered by immediately sampling fish, while responses were obtained by exposing fish to the air for three minutes and sampling them 25 minutes later.

This study suggests that fish have species-specific levels of tolerance to habitat degradation, as well as different mechanisms to cope with these effects. The effects of habitat degradation on stress are not straight-forward and certain species may be better equipped to deal with ecosystem degradation. This will potentially have broad impacts on biodiversity, as those species which are better able to deal with these conditions will be at an advantage.