Icefish in a warming sea

The oceans are warming, with the most dramatic warming occurring at the poles. Temperature is a key factor for all ectothermic animals, including many fish. The internal body temperature of ectotherms matches that of their environment, which can be especially challenging when your environment is near freezing! Polar icefishes evolved in stable, cold water habitats. They have many adaptations to their cold water habitats such as anti-freeze compounds in their blood. At a species’ optimal temperature, their metabolism is able to meet their routine metabolic costs to survive, and given enough food they can then go on to use energy for growth and reproduction. Therefore, appropriate water temperatures for a fish’s metabolism ultimately allows for the population to sustain itself, and is also a defining factor for where the species can distribute. However, warming seas may increase stress, requiring more energy to meet metabolic costs, and leaving less energy for growth, reproduction, and survival. 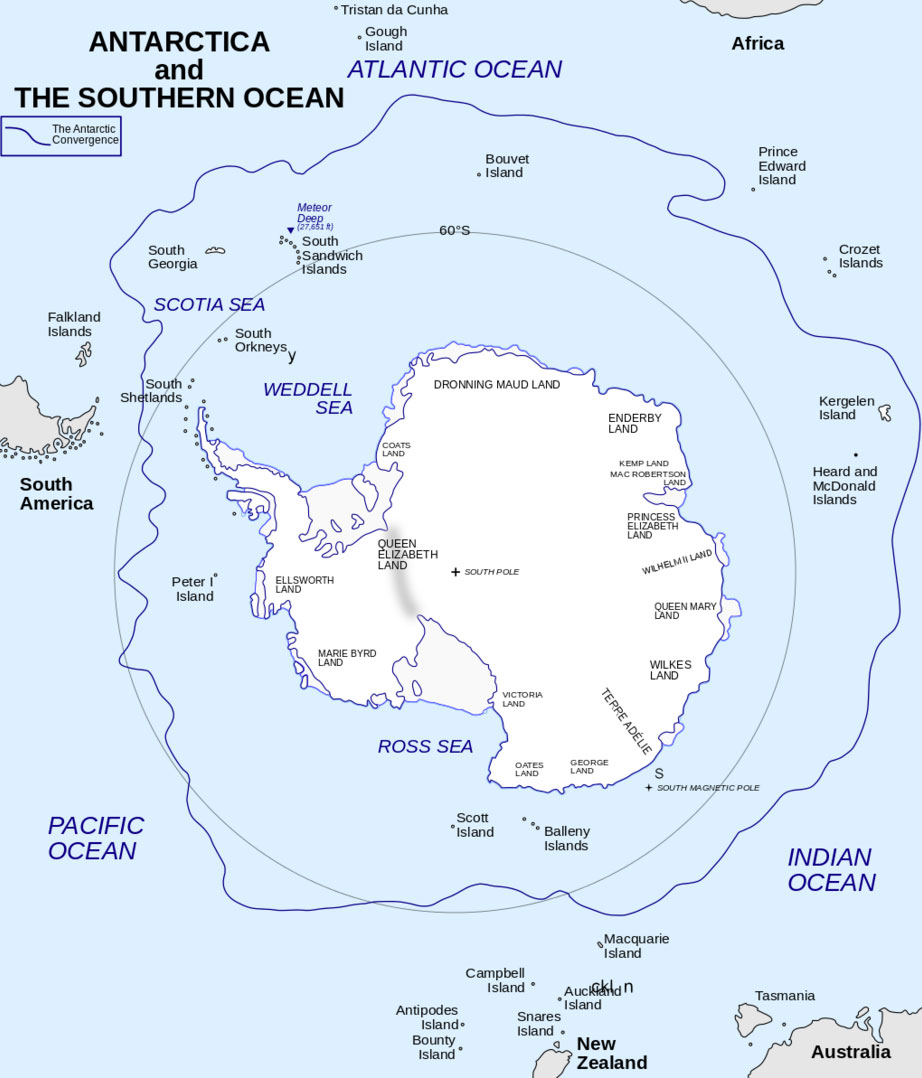 Figure 1. Map of Antarctica showing the island of South Georgia, the Weddell Sea, and the Western Antarctic Peninsula (bugbog.com)

The Southern Ocean surrounding Antarctica is divided into the lower/northern region which is generally warmer than the higher/southern region (-0.5 and -1.9°C, respectively). Waters around South Georgia (lower/northern) have increased 2.3°C since 1936, and those around the Western Antarctic Peninsula (higher/southern) have increased 1°C since 1950. In order to understand the ability of icefishes to adapt to warming waters, Tina Sandersfeld and colleagues from Germany compared the metabolic rates of 3 fish species: the grey rockcod from the lower/northern region around South Georgia, the yellow-fin rockcod from an intermediate area between South Georgia and the Western Antarctic Peninsula, and the striped rockcod from the higher/southern region including the Weddell Sea (Figure 1). These fish are adapted to temperatures of approximately 2°C, 0°C, and -2°C, respectively. The fish were held near their respective ‘habitat temperatures’ for 10-14 days before measuring oxygen consumption as an indirect measure of metabolic rate. After baseline levels were established, the fish were then exposed to temperatures increasing by 1°C per day to measure the metabolic changes. The experiments were stopped when fish showed the first signs of stress, such as loss of balance or irregular breathing.

Metabolic rate was highest in grey rockcod at 2°C, followed by the striped rockcod at 0°C, and was lowest for the yellow-fin rockcod at 0°C . These results provide further evidence that icefishes from higher/southern regions have higher metabolic rates than those from relatively warmer lower/northern regions. However, when exposed to warming temperatures, the fish’s metabolic rates did not change significantly. This indicates that these species have a low thermal tolerance, and little ability to increase their metabolic rate in warming seas.

Fish are an important link in the food web between lower (plankton) and higher (mammals) trophic levels. Since increasing habitat temperatures are likely to increase metabolic costs, then fish will need to compensate by finding more food to sustain their populations. Therefore, animals in the food web which rely on abundant icefish as prey will have to alter their feeding strategies as well. When animals evolved in very stable environments, warming the seas around them will have cascading effects throughout the whole food web.