How many Asian carp does it take to establish a reproductive population in the Laurentian Great Lakes?

There has been growing attention recently about a possible new threat to the Laurentian Great Lakes ecosystem: the invasive Asian carp. You may have even seen footage of these large fish, as video of Asian carp leaping from the water and smashing into boats and anglers has made the rounds on YouTube and other media outlets. There are actually four species of Asian carp threatening the Great Lakes: Bighead Carp, Silver Carp, Black Carp, and Grass Carp. You can find out more about their ecology and natural history here. 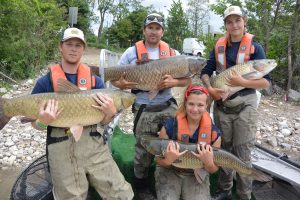 Researchers from the University of Waterloo (ON, CA) and the Department of Fisheries and Oceans Canada determined that it would actually take very few individuals of either Bighead or Silver Carp to start a large reproductive population of either species. Using predictive models based on our current knowledge of Asian carp ecology, their invasion progress to date, and the ecology of the Great Lakes, researchers determined that as few as ten males and ten females could be enough to lead to a successful invasion (Cuddington et al. 2014). 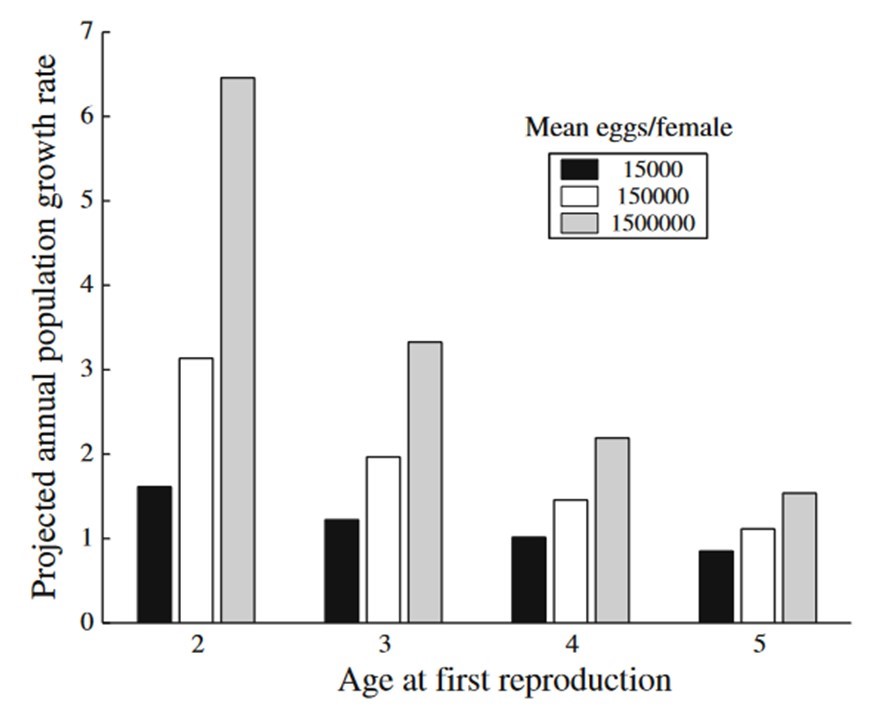 Figure 3. Projected annual population growth rate for Bighead and Silver carps when age at first reproduction is 2, 3, 4, and 5. Growth rates varied with the average (mean) number of eggs per female. Taken from Cuddington et al. 2014.

However, it’s not all doom and gloom. The cooler waters of the Great Lakes may help reduce the chances of successful invasion by Asian carp. The researchers found that if these fish delay reproduction to later years of their lives due to slower growth rates observed in cooler waters, this would reduce overall population growth rate and hamper invasion success (Fig. 3).

If you think you’ve found an Asian carp in a Great Lakes watershed, there are many online sites that can help you identify the species and that provide contact information for local managers, including but not limited to: